Visit Shin-Sook Kim's profile on the York Research Database to:

Shin-Sook Kim works primarily in comparative syntax and the syntax-semantics interface, with special reference to Korean. After studying German Linguistics at Seoul National University, Korea, she received her PhD in Linguistics from the University of Frankfurt. She spent many years working in Germany before coming to the UK in 2009 to take up a Newton International Fellowship at SOAS, University of London. In 2015 - 2018, she worked on the LANGELIN project 'Meeting Darwin's last challenge: toward a global tree of human languages and genes'.

My research interests lie in comparative syntax and the syntax-semantics interface, with special reference to Korean. My research interests also include comparative aspects of theoretical linguistics, especially the interaction between wh-phrases and quantificational/focus elements, and the licensing of wh-in-situ. In the recent years my focus has been on negation and the licensing and interpretation of negative polarity items. I have also been interested in the syntax and semantics of clause types, and how clause types are morphosyntactically encoded. In 2015 - 2018, I worked on the LANGELIN project, investigating the structure of nominals. 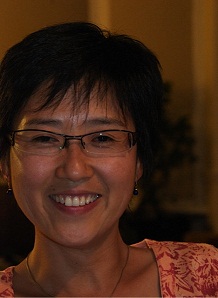