Visit Richard Ogden's profile on the York Research Database to:

Richard Ogden is a phonetician with a wide range of other interests, including Finnish, British Sign Language, phonology (especially Firthian phonology), and Conversation Analysis. His recent work combines phonetic detail (that is, the way the sounds of speech are organised) with conversation analytic methodology, as a way of working out how people use aspects of speech to perform social actions, such as turn-taking, agreeing, complaining, and telling stories.

Most of my current work is on the phonetics of everyday talk. Some of the things I have worked on include:

I'm not just interested in the phonetics of these phenomena. I'm interested more specifically in how we structure social actions through sequences of talk. Often, speakers use phonetic resources alongside others, such as choice of lexical items, or designing their talk in a specific way relative to someone else's. One of the challenges for phonetics and phonology, I think, lies in working out how these different design features interact.

I am especially interested in supervising projects that combine conversation analysis with phonetics, and the study of gesture with phonetics; and projects which look at the implications of such studies for the language mechanism more generally.

Occasional workshops and short courses on the phonetics of conversation:

Occasional short courses at Helsinki University in my role as docent.

Downloads of many conference papers are available on Richard Ogden's personal website. 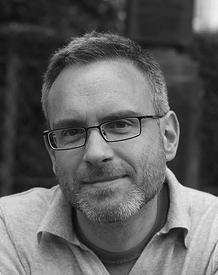