Visit Carmen Llamas's profile on the York Research Database to:

Carmen Llamas is a sociolinguist with a particular interest in phonological variation and change. She was appointed Lecturer in Sociolinguistics in 2007.

My research interests lie in phonological variation and processes of change. I am particularly interested in the identity-making and –marking functions of language and also in sociolinguistic fieldwork methods.

Accent and Identity on the Scottish/English border
This project investigates the relationship between accent, identity and social attitudes in a linguistic border region by drawing together data collected from a large stratified sample of speakers in four border towns. Variation in speakers’ phonological productions are correlated with their socio-psychological orientations towards language and identity, as well as their perceptions of accent variation and the indexicality of salient features derived using controlled experimental methods (see further AISEB) (with Dominic Watt, Gerry Docherty, Damien Hall, Jen Nycz).

Levelling and Diffusion in the North East of England
This project refines the gravity model of diffusion through investigation of regional phonological levelling and diffusion of innovatory forms in large urban centres and their satellite or dormitory towns throughout the North East of England. Speakers’ production patterns are related to their orientations to and contact with larger centres of gravity and their perceptions of the regional and social distribution of socio-indexical forms (with Peter French, Lisa Roberts).

I am happy to receive enquiries and proposals dealing with any aspect of sociolinguistics or language variation and change.

I have been interviewed several times for radio programmes in the UK and details of my research findings have been reported in several newspaper articles. Part of the method of data elicitation I devised for my PhD research has since been used in the large-scale BBC Voices project. 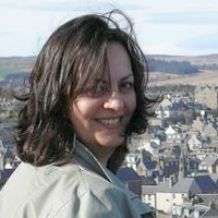