Caitlin Light performs research in diachronic syntax, focusing in particular on the history of the English language and its closest relatives. Much of her research focuses on information structure and the syntax-pragmatics interface, and on how our understanding of these issues may be strengthened by the use of diachronic parsed corpora and large-scale comparative studies. After receiving her BA at the University of Michigan in Ann Arbor, she completed her PhD in Linguistics at the University of Pennsylvania in 2012. She was appointed a Lecturer in English Language Linguistics in 2012.

I am primarily interested in the syntax and information structure of English and other Germanic languages, both in synchronic and diachronic perspective. I generally take a comparative approach, and I tend to believe that the behaviour of an individual language becomes clearer when considered in comparison to other languages.

My work also makes great use of quantitative data from parsed corpora of the languages I study. Quantitative data provide a unique and important perspective on the use of different syntactic forms. In addition, corpus data can be particularly helpful when considering context-sensitive phenomena such as information structure, for which elicited judgments may provide only a limited understanding of when and how a form may be used. 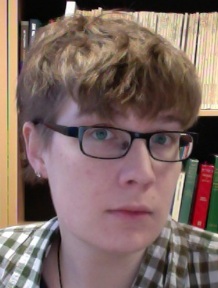