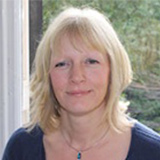 Zoë’s research interests span international, comparative and global study of social policy and the application of approaches from political economy, sociology and anthropology to better understand the expansion and retrenchment of social rights. Her work has focused on social policy development in small states and small island states with a particular interest in Iceland. She has previously conducted research and published on the topics of gender and employment, and the relationship between social policy and non-standard work in comparative context.

Currently, Zoë is undertaking work to better understand how social policy development differs between large and small states around the world, and how population size shapes the boundaries of welfare provision. With Kevin Farnsworth, she is also engaged in research examining the relationship between social policy and crisis. This work broadly concerns the changing relationship between economics and politics and the consequences for welfare and they have published extensively on social policy responses to the global economic crises experienced since 2007, the impact of austerity on welfare states and the austerity agenda at the international level. Most recently, in association with the ICGD, Zoë has developed a research bid with Maggie O’Neill (York) and colleagues at Sheffield Hallam University, the Open University and the University of Lagos to investigate ‘paths of recognition’ for Nigerian women emigrants, to contribute to international debate on the idea of ‘Decent Work’ and its role in return migration and economic development in Nigeria.