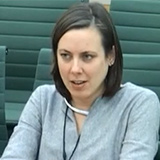 Sara de Jong joined the Politics Department at the University of York as a Senior Lecturer in September 2018. Sara was a Co-Director of IGDC until September 2022 when she started her British Academy Mid-Career Fellowship looking at Brokers of Conflict and Migration.

She currently conducts research on the claims for protection and rights by Afghan Locally Engaged Civilians who have worked for Western armies, as well as on the activities and strategies of their supporters. Her broader research interests include the role of brokers in colonial and contemporary unequal encounters, and the politics of NGOs in migration, gender and development.

Prior to this, Sara was a Research Fellow in the Research Area Citizenship and Governance at The Open University, co-leading its 'Justice, Borders, Rights' research stream. From 2014-2016, Sara de Jong held a Marie Curie Research Fellowship at the Department of Development Studies, University of Vienna, researching the role of 'cultural brokers' in refugee and migrant third sector organisations.

Her monograph Complicit Sisters: Gender and Women's Issues across North-South Divides (2017) was published with Oxford University Press. Weighing the first-hand accounts of women NGO workers against critiques arising from feminist theory, postcolonial theory, global civil society theory and critical development literature, Complicit Sisters brings to life the dilemmas of ‘how to do good’ in an unjust and unequal world.

She is the co-editor of Decolonization and Feminisms in Global Teaching and Learning (Routledge 2018) with Rosalba Icaza and Olivia Rutazibwa.

Sara de Jong has taught undergraduate and postgraduate courses in international development; conflict and IR; migration; political theory: (post-)colonialism, and gender at different HE institutions in the UK, the Netherlands, Austria and Germany.