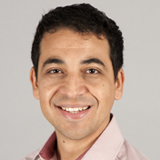 Rodrigo research interests include a variety of topics in the fields of health economics, global health and development economics. He has published several academic papers and policy reports dealing with international comparisons of health systems performance (particularly around health system financing), as well as impact evaluations of health policies and programmes in developing and developed countries. Examples of recently or currently funded research projects led by Rodigo include the formulation of alternative indices to measure development in health; a comparative analysis of the levels and determinants of health system efficiency in Latin American and Caribbean countries; an impact evaluation of the Brazilian primary care strategy; and a comprehensive assessment of the consequences of the Colombian conflict for population health, the health system and post-conflict health policy.