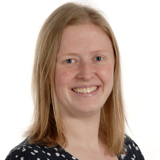 Peg’s research explores the way in which power in global economic governance is shaped by claims to legitimacy and the institutional structures in and through which these claims are made, with a particular focus on development and the Global South. Her work incorporates three interrelated strands, examining the role of South Africa as a ‘rising power’ in global governance; European Union trade agreements with African, Caribbean and Pacific countries; and the UK’s relationship with the Commonwealth after Brexit.

Peg currently holds a Leverhulme Early Career Fellowship for a project titled Talking power: South Africa and the Pursuit of Legitimacy in the Global Order. This three-year project investigates the role of South Africa – a small but influential international actor and self-proclaimed rising power – in shaping the governance of trade, development finance and climate change. In so doing, the project aims to generate insights about the nature of power in a changing global order.

Peg is also completing a book project on The Power of Developing Countries in International Trade: Making Economic Partnership Agreements with the European Union. This book uses the case of the Economic Partnership Agreements between the EU and African, Caribbean and Pacific countries to investigate the way in which trade negotiations between developed and developing countries are shaped by the wider institutional context of the global trade regime.

In 2017, Peg gave evidence to House of Commons International Trade Committee inquiries into the continuing application of EU trade agreements after Brexit and UK trade with the Commonwealth after Brexit. She has also recently published research on these topics.