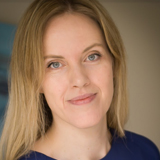 I hold a PhD in Government from the London School of Economics and Political Science. After finishing my PhD, I was a Lecturer at Lancaster University. I joined the University of York as Senior Lecturer in 2012 and was promoted to Professor in 2016.

My research focuses on the dynamics of intra-state conflicts, peace processes and peace settlements, unrecognised/de facto states, and state recognition. In my work I have emphasised the importance of examining dynamics within communal groups and I am particularly interested in intra-communal rivalry and contestation, popular mobilisation and legitimising strategies, and issues of governance. My research is comparative in nature, but much of it has been focused on the Caucasus and the Balkans. My articles have appeared in several leading journals and I am the author of three monographs: Contested Nationalism (Oxford: Berghahn, 2010), Unrecognized States (Cambridge: Polity, 2012), and Peace Agreements(Cambridge: Polity, 2017).

My work on unrecognised states was funded by the Economic and Social Research Council (ESRC), I was awarded a British Academy Mid-Career Fellowship for my project Peace Agreements: Resolving intra-state conflicts since the end of the Cold War and I am currently involved in a large interdisciplinary project on the health consequences of the conflict in Colombia, jointly funded by DFID, ESRC, MRC and the Wellcome Trust.

I have been working with leading international think-tanks, including the Berghof Foundation, the Carnegie Endowment for International Peace, and the Council on Foreign Relations.