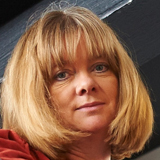 Kate Pickett is Professor of Epidemiology in the Department of Health Sciences, and the University’s Champion for Research on Justice and Equality; her research focuses on the social determinants of wellbeing.  Kate is also the Deputy Director of the Centre for Future Health.

She was a UK NIHR Career Scientist from 2007-2012 and is a Fellow of both the RSA and of the UK Faculty of Public Health.  She is co-author, with Richard Wilkinson, of the bestselling The Spirit Level, winner of the 2012 Publication of the Year from the Political Studies Association, winner of the 2010 Bristol Festival of Ideas Book Prize, and translated into 25 languages.  Richard and Kate were awarded a 2013 Silver Rose Award from Solidar for championing equality.

Kate is also a co-founder and trustee of The Equality Trust.  She was a Commissioner for the York Fairness Commission and for the national Living Wage Commission and has been appointed to the European Independent Commission on Sustainable Equality.  She sits on the Scientific Council of Inequality Watch, the Scientific Board of Progressive Economy within the EU, and is a member of the Human Capital Research Working Group of the Institute for New Economic Thinking.  She is on the Steering Committee of the Alliance for Sustainability and Prosperity and a member of the Wellbeing Alliance (WE-ALL).

Kate's research suggests that societies with lower levels of income inequality are much more likely to commit to issues of environmental responsibility. Inequality increases status competition and status anxiety, which may heighten competitive consumption, certainly levels of personal debt are lower in more equal countries. Lower levels of social cohesion may also underpin more equal societies’ greater public spiritedness and better international relationships (giving more in international aid, scoring higher on the Global Peace Index). Business leaders in more equal societies are more likely to believe that their governments should commit to international environmental agreements. ‎The importance of equality and the fair distribution of resources is coming to be seen as central to the creation of alternative models of development, international trade, and economic systems. Kate co-led the ‘Fair Distribution’ theme as part of an International Expert Working Group commissioned by the Royal Government of Bhutan to create a New Development Paradigm.