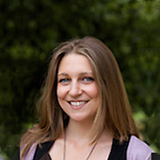 Senior Lecturer in Education and Social Justice, Department of Education

Eleanor is a lecturer in Education and is part of the Centre for Research on Education and Social Justice. Her research focuses on issues of education and its role in development agendas, but with a specific focus on alternative approaches to development such as buen vivir. She also has research interests in development and global citizenship education, social justice, and critical pedagogy. She has undertaken research in both formal and non-formal educational settings with adults as well as young people. At York Eleanor has worked on projects exploring young people’s experiences of international volunteering in Thailand, and on the role of learning communities and non-formal spaces for learning in higher education settings. She is currently working on two projects. The first is on interdisciplinary dialogue for understanding development agendas around second generation biofuels and the local community perceptions in Brazil.  The second project looks at the role of non-formal education and alternative universities in Mexico and India taking a post-development approach.

Prior to working at York, Eleanor spent five months in South East Asia conducting field research in Phnom Penh, Cambodia into Innovative Practice in Secondary Education (Results for Development). Before this she worked at the University of Nottingham as a qualitative researcher on a number of projects including Policy Enactment in Successful Schools in the UK and Hong Kong (ESRC), School-University Partnerships; Widening Participation (HEFCE), The Impact of School Leadership on Pupil Outcomes (DCSF), Effective Classroom Practice (ESRC), Peace Education in Britain and Jordan (British Academy) and New Public Diplomacy (British Council).