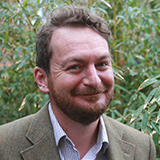 Daryl Stump is an archaeologist whose research examines the use of archaeological techniques to assess the sustainability of human-environment interactions, with a particular focus on historic agricultural systems in eastern Africa.  This approach is in part a response to the idea that rural livelihoods in the developing world can be improved by learning from ‘indigenous’ or ‘traditional’ knowledge, and the recognition that attempts to promote or implement such developments often assume local approaches have not changed over time, or that their apparent longevity is evidence of their past and future sustainability.  Archaeological research can help test these assumptions, explore the legacies and trade-offs of previous periods of exploitation, and can critically examine the ‘crisis narratives’ used to justify interventions: a common argument being that a system of local resource use was sustainable prior to some recent change such as a rise in population, the on-set of soil erosion, or migration to urban centres.

From 2014-2018 Daryl led the ERC-funded ‘Archaeology of Agricultural Resilience in Eastern Africa’ project, which examined the long-term sustainability of the terraced agricultural systems at Engaruka, Tanzania, and Konso, Ethiopia, through a combination of archaeological, geoarchaeological, archaeobotanical and modelling techniques; a short film on which is available here.  A major element of this project also focussed on how best to communicate research results to the governmental and non-governmental agencies that implement development projects based on traditional agricultural techniques in Africa and elsewhere.