The IGDC would like to formally welcome Talib Khan, who joined us in June 2018!

Talib is a Public Health researcher with experience in international health and working with ethnic minorities. Before undertaking his role as the Trial Support Officer for the Department of Health Sciences here at York, Talib gained his Bachelor of Science (Pre-Medical) at the University of Punjab and his Masters in International Health at the University of Leeds. At Leeds and York, he also worked as a research fellow in different research projects and trials, including qualitative research and randomised controlled trials. He has extensive experience of recruitment in clinical and non-clinical research projects.

As part of his research interests, Talib has worked on a number of mixed methods projects, such as the  'Refugee Emergency: DEFining and Implementing Novel Evidence-based psychosocial interventions" project. RE-DEFINE aims to implement effective psychological interventions for preventing the onset of mental disorders in refugees and asylum seekers with psychological distress resettled in middle-income and high-income countries. Talib’s other projects also include: 'Smokeless Tobacco Control in the UK: A supply chain analysis to inform policy' and 'Diabetes and mental illness: improving outcomes and services (DIAMONDS)'. 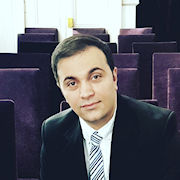 “I joined the IGDC to learn more about global health challenges in developed and developing countries from the international partners and senior members of the IGDC team.”