Scrutinizing Financial Inclusion - Scholars Gather at the University of York

Last week, researchers from across the country - and beyond - gathered at the University of York to unpack and critically examine the potential behind the financial inclusion agenda.

Last week, researchers from across the country - and beyond - gathered at the University of York to unpack and critically examine the potential behind the financial inclusion agenda. Financial inclusion has recently become a buzzword in international development. The agenda has mobilised and generated  large amounts of development funding, despite substantial amount of critique. Such critiques call for a more impartial assessment of the effectiveness of financial inclusion on the grounds that funds for microfinance, they argue, displaced development spendings on healthcare, education or infrastructure. In addition, the focus on expansion of financial markets to ‘bank’ and financially ‘include’ the poor may divert attention from more comprehensive and effective poverty reduction strategies. Critiques of this ‘way of doing development’ are often sidelined and labelled as ‘extreme’, ‘sloppy’ or ideology-driven rather than evidence-based.

We believe that there is a need for contemporary development scholars from all disciplines to engage in those debates. The workshop at the Interdisciplinary Global Development Centre (IGDC) in York last week brought in such scholars to discuss what we have learned from a decade of research on microfinance, and how financial inclusion and the emergence of fintech may offer new opportunities - as well as risks - in for inclusive global development. As Sally Brooks and Piran White explained when they opened the workshop over lunch, this initiative is a part of an emerging focus on finance in development by members of the IGDC. 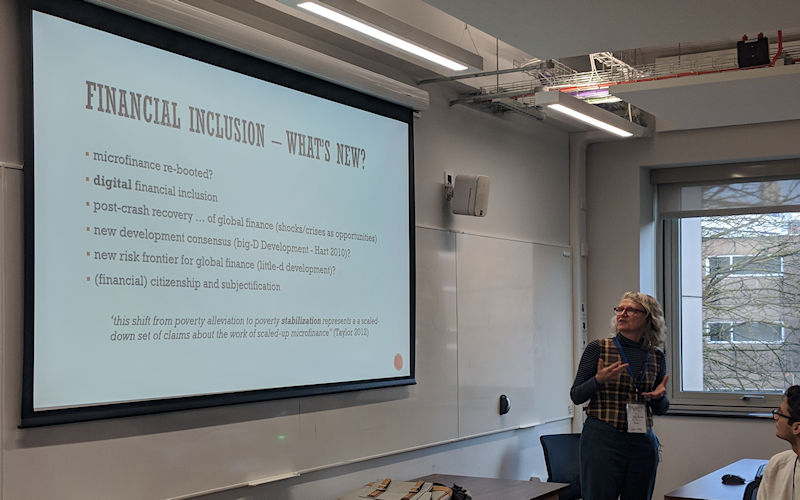 In addition to having scholars present studies of the impact of financial inclusion in various communities (e.g. Gianluca Iazzolino from LSE on smallholder finance in Kenya, Syahirah Abdul Rahman from Alliance Manchester Business School on ‘inclusive’ finance in Malaysia, Zama Ndlovu from the University of Cape Town on the financial stories of young urban South Africans and Navjot Sangwan from Durham University on the role of flexibility in repayments), there were also many studies presented that looked at the link between financial inclusion and the macroeconomy and financialization.

Others yet unpacked the concept of financial inclusion itself and how it is measured (Thereza Balliester Reis from University of Leeds), how it has been interpreted differently in different national contexts (Florence Dafe from LSE), and how types of household wealth held impact women and minorities differently in the case of the US (Hanna Szymborska from Open University).

The workshop was concluded with a roundtable discussion on how financial inclusion can serve inclusive global development, with Lena Rethel (University of Warwick), Daniel Munevar (UNCTAD), Richard Kozul-Wright (UNCTAD), and Milford Bateman (Juraj Dobrila University of Pula), chaired by Economics professor Karen Mumford. At the end of the roundtable discussion, Milford Bateman presented the ‘Best Paper Award’ to Florence Dafe, which was selected by Milford himself along with Sally Brooks. We will upload the video of the roundtable to the IGDC YouTube channel shortly. 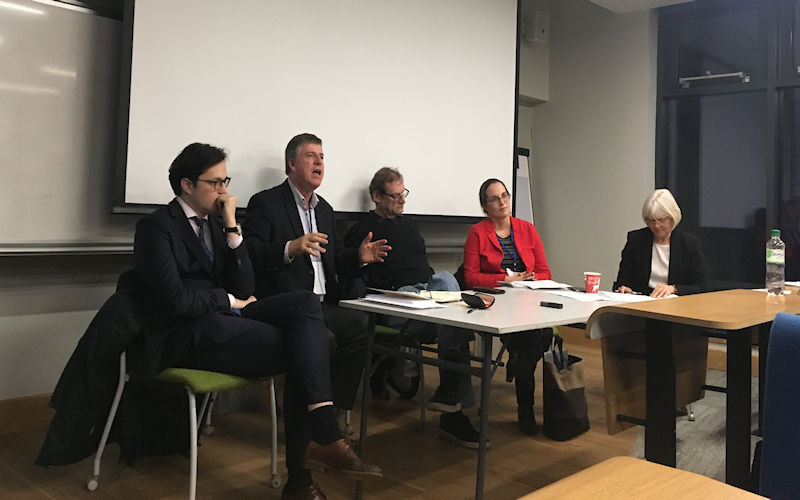