Smokeless tobacco (ST) includes a variety of tobacco containing products which are widely available in Pakistan and are increasingly being recognised as a global public health concern, with at least 350 million users worldwide.

Unlike cigarettes, Smokeless Tobacco (ST) is relatively less understood, poorly regulated and therefore largely neglected at the policy level. In 2018, a National Institute of Health Research (NIHR) funded group called ASTRA (Addressing Smokeless Tobacco Research and Capacity Building in South Asia) was established at York with the aim of addressing these problems through working with partner institutions across the UK as well as in South Asia. As part of its efforts to engage with stakeholders and policymakers, a policy forum for Pakistan was recently launched under the auspices of ASTRA and York’s Interdisciplinary Global Development Centre (IGDC). The two-day event, which was held at York was attended by a number of policy makers, academics and advocacy leaders working in Pakistan and the South Asian region.

The event started off with an opening address by Professor Kamran Siddiqi, Director of ASTRA, who gave an overview of the tobacco epidemic in Pakistan. He pointed out that ST use in particular is on the rise among men, women and children in Pakistan, however there are neither existing laws to regulate these products nor a capacity to help people to quit. Alarmingly, less than 10% of ST users receive any quit advice from health providers, which should be one of the most basic interventions to help initiate quit attempts. Dr Ziauddin Islam, Director of Pakistan’s Tobacco Control Cell highlighted the current disparity between ST product regulation in contrast with cigarettes; most tobacco laws in Pakistan are designed for controlling cigarettes with little or no provision for ST products. He identified provisions within existing regulations that can be extended to cover ST products, such as the Tobacco Vendors Act. Professor Javaid Khan, Consultant Chest Physician and Chair of the National Tobacco Control alliance, highlighted the impacts of ST use from a clinical perspective, giving accounts of victims and their families. He pointed out that the consequences of ST use are heaviest on the most socially disadvantaged groups, and the greatest benefit would be derived from targeting efforts towards these groups.

The mainstay of the two day event was a series of discussions which aimed to identify short, medium and long term policy goals for reducing the impact of smokeless tobacco use in Pakistan. The discussion sessions were led by ASTRA researchers who engaged with stakeholders to set priorities, identify challenges and propose solutions to effective implementation of these policy measures. The discussions generated key policy goals around awareness and education, product regulation and fiscal policies on smokeless tobacco as well as towards the establishment of cessation services in Pakistan. The discussions were held within the remit of health policy frameworks and in line with relevant Framework convention for tobacco control (FCTC) articles. 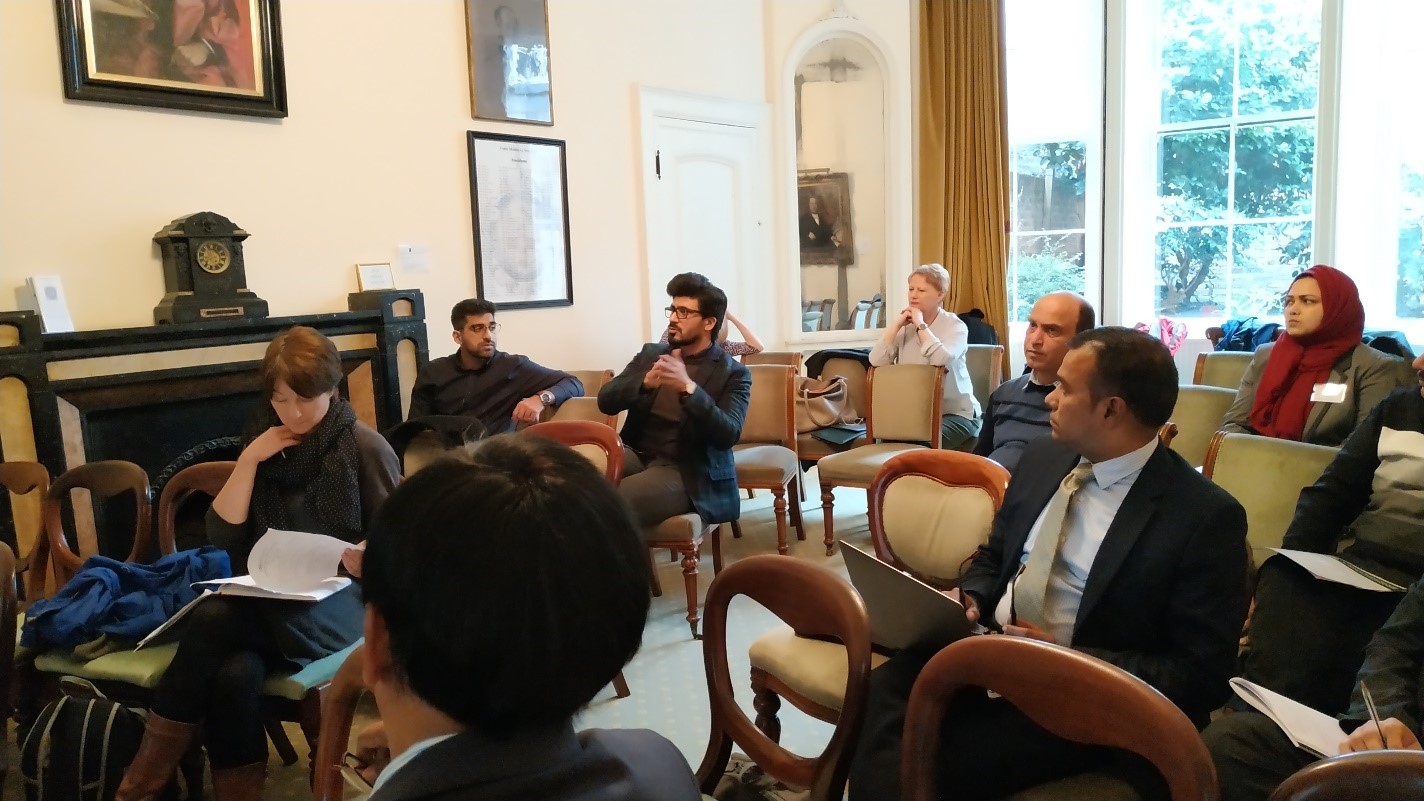 Professor Jean Grugel, Director of the Inter-Disciplinary Global Development Center, whose team conducts research into governance of tobacco products, highlighted that while smokeless tobacco is under the global radar, it remains a non-priority under the current FCTC; as a result, there is a lack of governance mechanisms around such products. Professor Grugel’s talk emphasised addressing these gaps through using a social sciences approach to gain a better understanding of the policy making processes, industry influence, social capital and illicit trade.

As part of ASTRA’s continued efforts to deliver research outputs in line with national level priorities, a set of discussions chaired by Professor Aziz Sheikh (University of Edinburgh) gauged participants’ opinions on ASTRA’s current research activities and gathered inputs for its future direction. The event drew to a close on the second day with an online feedback session, in which the majority of attendees identified the overall event as helpful and engaging, with recommendations to continue such events in the future.