IGDC staff share some reading and art on Black history which has had an impact on their research and teaching.

We are celebrating Black History Month 2020 by looking at how Black voices and Black history has helped shaped views, teaching, and awareness. 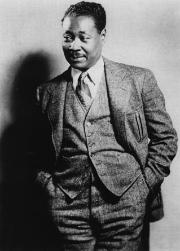 Claude McKay, a Jamaican-born poet and novelist, was a key figure of the Harlem Renaissance. I had already read McKay’s Jamaican poetry collections and his novel Banana Bottom (1933) based on his Jamaican childhood before I read his probably most famous work, the poem ‘If We Must Die’.

If We Must Die - By Claude McKay

If we must die, let it not be like hogs
Hunted and penned in an inglorious spot,
While round us bark the mad and hungry dogs,
Making their mock at our accursèd lot.
If we must die, O let us nobly die,
So that our precious blood may not be shed
In vain; then even the monsters we defy
Shall be constrained to honor us though dead!
O kinsmen! we must meet the common foe!
Though far outnumbered let us show us brave,
And for their thousand blows deal one death-blow!
What though before us lies the open grave?
Like men we’ll face the murderous, cowardly pack,
Pressed to the wall, dying, but fighting back!

The poem was a direct response to the Red Summer, the more than three dozen race riots that took place in Chicago and many other US cities in the aftermath of the First World War.

When the US joined the war in 1917, many African-American men enlisted in the hope that they would be rewarded for their patriotic duty with full and equal citizenship. Not only were they given the most menial jobs on the battlefields and faced other forms of discrimination but on their return home, they received a cordial welcome that quickly morphed into the Red Summer.

In this poem, McKay encourages the African-American community to fight back in order to be treated as full and equal citizens. I had to think about this poem in May and June this year when across the US protests were staged in the wake of the George Floyd killing. To me, it felt as if the protesters had listened to McKay". 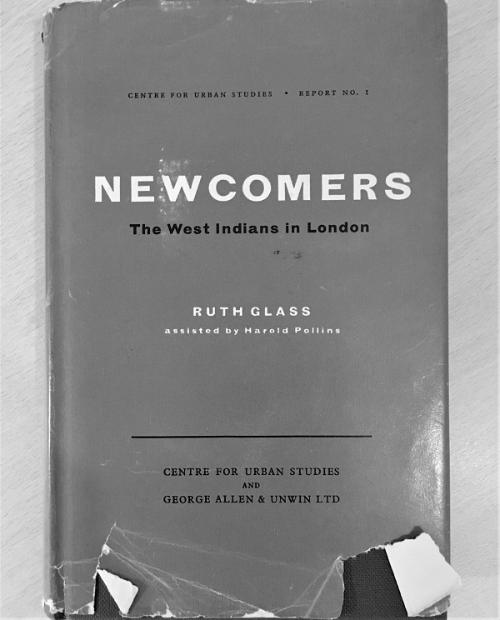 I ask students on my twentieth-century Caribbean history course to read the chapter of Glass’s book that examines the employment experiences of African-Caribbean migrants because it highlights the mismatch between the migrants’ expectations and reality of racial discrimination.

The chapter shows that most workplaces in London in the 1950s had a colour bar and that unions were reluctant to undertake action to create a more equal workplace and in fact often strongly supported a colour bar.

Family and Colour in Jamaica by Fernando Henriques, Eyre & Spottiswoode (1953)

This book by the white Jamaican-born anthropologist Fernando Henriques has done much to shape my understanding of the role of systemic colourism – discrimination based on the shade of an individual’s skin tone –  in Jamaican society.

His book and also some of his other work particularly conveyed that the family is an important site where children learn about race. In my book Public Secrets: race in colonial and independent Jamaica (2019), I have examined how parents, grandparents and the wider family, directly and indirectly, taught Jamaican children that ‘black was nuh good’.

Racism without racists: color-blind racism and the persistence of racial inequality in the United States by Eduardo Bonilla-Silva, Rowman & Littlefield (2003) 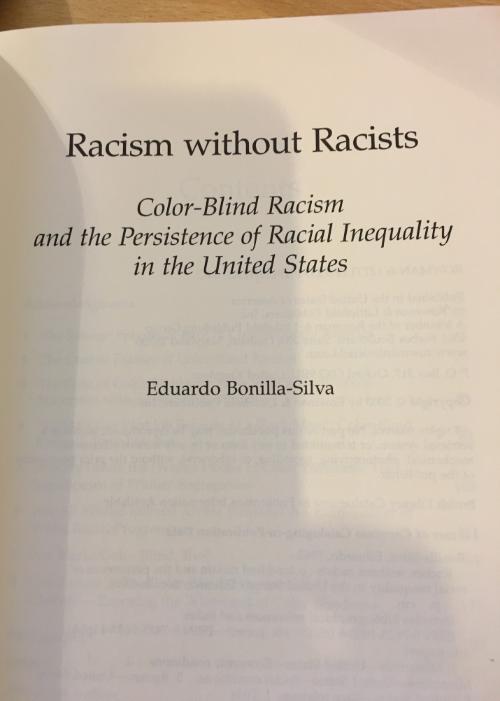 This book has been influential in my thinking about how race works. Bonilla-Silva shows that it does not require overt racism for racial inequalities to be sustained and refers to the collective practices that uphold the contemporary racial order as color-blind racism. He particularly unpacks the representations that white people have developed to justify and sustain contemporary racial inequalities, using such phrases as ‘you guys are hypersensitive’ or ‘I am all for equal opportunity; that is why is oppose affirmative action’ (p. 181).

I found similarities with how the Jamaicans that I studied for my book Public Secrets: race in colonial and independent Jamaica (2019) justified inequalities between people of different skin tones. They too relied on what Bonilla-Silva calls ‘the anything-but-race’ style – blaming racial inequalities for instance on class or place of birth – and denied that they discriminated against people with a darker skin tone by saying such things as ‘I am not a racist but’ or ‘some of best friends are black’ (p. 62).

This is a fascinating novel-length poem about race and racism in the United States.

Claudia Rankine unpacks the power and implications of the many forms of racism in the US, through the revisiting of well-known events like the backlashes against Serena Williams, the shootings of Trayvon Martin, and the damage caused by Hurricane Katrina.

Natives: Race and Class in the Ruins of Empire by Akala, Two Roads (2018) 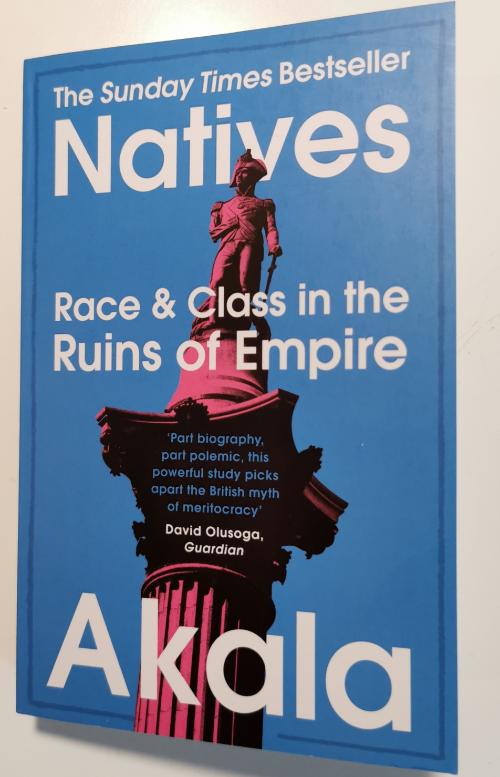 This is a powerful personal account of structural racism in Britain by Kingslee James Daley, better known as, Akala. He is a British rapper and hip-hop artist, is a BAFTA and MOBO award-winning performer and poet.

What's particularly impressive about it is that although you're drawn in by Akala's personal story, he consistently reflects on his experience through the lens of colonialism, race, class, and culture, thereby using his story to draw important structural lessons about contemporary racism and imperialism.

Policies, guidance and resources are available on the Equality, Diversity and Inclusion web pages.