Afterlives of Zika: Comparing disability services in Brazil and the UK

Last week we organised a UK Disability Services tour for two mothers leading the rights movement of families affected by Zika virus in Brazil, who were visiting the university for five days to take part in a series of workshops.

To watch the live recordings of the live Afterlives of Zika workshop at the University of York please see below:

IGDC member, João Nunes, from the department of Politics has been working with a research team at Fiocruz over the past few years to investigate the impacts of the Zika Virus, three years on from the epidemic which hit the country in 2015. The research sets out not only to investigate the medical dimension of the disease, such as infection and transmission, but also the societal impacts of the disease, particularly on the mothers of children with Zika Congenital Syndrome – a disorder more widely known for leaving babies with microcephaly (smaller than average head and brain size) and other associated impairments such as visual and hearing impairment, learning disability, autism and epilepsy. Furthermore, a majority  of these women have been abandoned by their partners, some have also been ostracised by their families and an astounding 92% of them have had to leave employment to care for their children.

Frustrated by the stigma the syndrome carries, lack of government services available for their children and the resulting exclusion this creates, some mothers have teamed up and created associations. United Mothers of Angels was started by Germana Soares after the birth of her son, Guillermo. The group has been reaching out to other families affected by Zika in Recife, an area badly affected by the virus, ever since. Similarly, Vanessa Aguiar, who comes from Minas Gerais, has also started a family support group, Angels of Minas, and is in the process of making the organisation an official association to be part of United Mothers of Angels. The two organisations, consisting mainly of mothers, have been at the forefront of the movement to demand the rights of their disabled children, and more generally for improved disability rights and social protection in the country.

The Zika outbreak has highlighted the shortcomings of the Brazilian government in providing for its disabled citizens and their carers, and the mothers’ associations have been a thorn in their side. They have helped members to employ legal assistance to gain access to free treatment and have been instrumental in convincing other families affected by Zika to fight for their children’s rights in, according to Germana, ‘a world where they are not supposed to exist’. Whilst there has been some progress - for example, 27 of the children are now in school - the fight for inclusion and proper provision for them and their children is far from over. We organised the tour to allow them a snapshot of support for disabled people and their families in the UK to offer a comparison and hopefully, some inspiration of what is possible.

The first visit we made was to Hob Moor Oaks primary school, the only primary special school in York and one of very few in the country that integrates a mainstream school and special education school in one purpose-built building. We were met by a mother whose daughter attends the school and has similar impairments to Vanessa and Germana’s sons. It was hard for our Brazilian visitors to believe that the services are all free  - hydrotherapy, physiotherapy, occupational therapy, donkey-riding therapy (with rescue donkeys, which left us all damp-eyed) - and are provided whilst the children are at school to save parents time travelling to numerous appointments. Everything, from equipment to early intervention therapies to communication aids, is delivered in a child-centred way with disability rights and integration at the core. 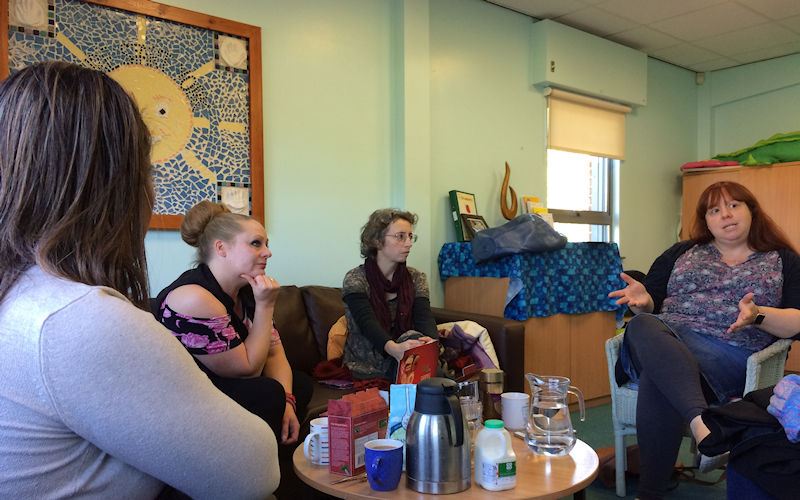 Like in many lower and middle income countries, the story is quite different in Brazil. In the Children’s Centre next door after our tour, we met with a couple more mothers whose children attend the school and Germana explained further. It’s not that the resources aren’t available in Brazil, it’s that there is a lack of political will. She gave an overview of the daily reality for them back home; the majority abandoned by their partners, caring for their children with little access to therapies and interventions vital to their development, subject to abuse by staff and passengers on public transport and unable to afford the high costs of equipment considered as basic in the UK, such as wheelchairs and supportive seating.

The comparison is stark. The UK parents admitted, once Germana finished speaking (and we were all actually in tears by this point), that they are, in comparison, extremely lucky. Luckier than most, since York is an affluent area with particularly good services for disabled people, which we explained is not the case for all areas of the country. We talked about disability welfare cuts, austerity, the upcoming Brazilian elections and the fact that less is available now than it was 10 years ago for the British children. But for the Brazilian mothers it’s what they dream of for their children. ‘Why were we born Brazilian?’ they asked in the taxi as we left. The future for them is uncertain, in more ways than one.

For lunch, we arranged a visit to the York Council offices,  where charity United Response run a training cafe for young adults with disabilities and mental health needs as a step into outside employment. We were met by the management team, who were enthusiastic about sharing the people-centred and rights-based approach to their programmes and finding out more about our Brazilian visitors. We ate lunch, which had been made by the team of young people currently in employment at the training cafe, and then were shown into the kitchen to meet them and see how the training is provided. The possibility of employment for their children and others like them seems a very long way off for the families affected by Zika. In Brazil, as in many parts of the world, employment of disabled people is viewed as unnecessary, difficult, costly and pointless. Even if employment is seen as a possibility, there lacks the education and social protection systems necessary to support it. Values of choice, dignity, respect and equality that are integral to the work of disability service organisations like United Response are not high on the political agenda of the majority of governments. Too often, disability and employment are talked about seriously only when linked to economic growth.

There are multiple steps to take before an inclusive and accessible society can become a reality for disabled people globally. We certainly haven’t got there yet in the UK but the Zika comparison reminds us of how far we’ve come and the efforts of disability rights activists to get us to this point. It reminds us that when those rights are threatened, as is currently happening in the UK and other countries where austerity measures have been implemented, we cannot accept it. There are also lessons to be learnt from countries like Ecuador (link to https://www.bbc.co.uk/news/world-latin-america-23692217), which has proven that it doesn’t have to take decades to make vast changes in the lives of disabled people. Political will is the key. Getting the key into the pockets of the decision makers is another matter. We hope that the ongoing research into the societal impacts of Zika can help to change the status quo for not only these families but other disabled people in Brazil.

We are extremely grateful to the following people for helping with the visit: Denise Nacif Pimenta from the Fiocruz Zika research team for translating and co-ordinating; Germana and Vanessa for coming to share their experiences with us in York; the wonderful parents and staff at Hob Moor Oaks primary for sharing information about disability and welfare support in the UK, and those who we didn’t meet but who have donated sensory toys to be sent for use by the mother’s associations in Brazil; and the lovely staff at United Response who showed us their fabulous employment model and kindly provided us with lunch. 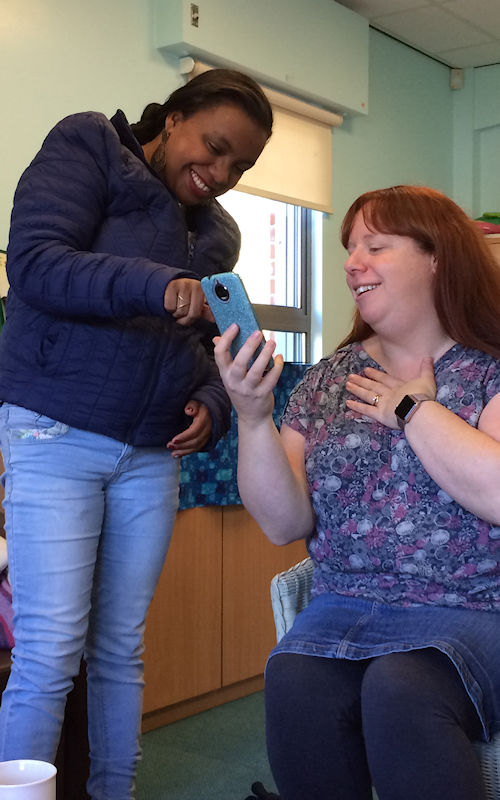