Sam Wetherell is a Senior Lecturer in the History of Britain and the World. Before arriving at York, Sam completed his PhD at the University of California, Berkeley, and spent a year as a visiting lecturer at Columbia University. 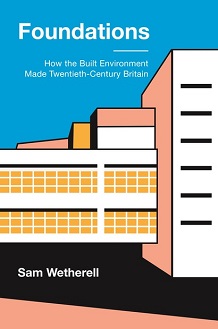 Sam specialises in urban history, black British history and histories of culture and art-making. His first book, ‘Foundations: How the Built Environment Made Twentieth-Century Britain’ (2020) tells the story of how twentieth century British politics was shaped by the everyday spaces where people live, work and shop. He has also published articles about the history of community arts, the development of urban policy in Britain and the United States and the history of how cities have responded to some of the environmental challenges of deindustrialisation. He is currently working on a history of Liverpool since 1945 that ties together histories of racial inequality, decolonisation, deindustrialization and environmental degradation provisionally titled “The Burden of Obsolescence: Liverpool and the Un-Making of Modern Britain.”

A collection of Sam’s academic and non-academic writings on culture and politics can be found on his website www.samwetherell.com He welcomes interest from undergraduate and graduate students who work on modern urban history, black British history and British environmental history.

Sam’s first book, ‘Foundations: How the Built Environment Made Twentieth-Century Britain’ – was published in 2020 with Princeton University Press. ‘Foundations’ tells the story of modern Britain through the transformation of its built environment focusing on housing, workplaces and spaces of shopping and consumption. It shows how enclosed wholesale markets became out of town shopping malls, how philanthropic and later modernist council estates became private gated communities and how government-backed backed industrial estates became suburban office parks. Along the way the book charts the rise of a mid-twentieth century development state and how it came to be displaced by a new, market-driven neoliberal settlement in the last third of the twentieth century. This project has spawned a number of journal articles. Sam’s essay, “Freedom Planned: Enterprise Zones and Urban Non-Planning in Post-war Britain” won the Duncan Tanner prize for the best article by a PhD student for the journal Twentieth Century British History. His 2020 article “Redlining the British City” about race and housing in postwar Britain was published in Renewal. Finally, his article “Sowing Seeds: Garden Festivals and the Remaking of British Cities and Deindustrialization”, a cultural history of one of the strangest attempts to solve the economic and environmental problems of deindustrialisation in Britain, was published in 2021 in the Journal of British Studies.

He is currently working on a book with the provisional title “The Burden of Obsolescence: Liverpool and the Un-Making of Modern Britain.” The “Burden of Obsolescence” will be a history of Liverpool since 1945 focussing in particular on the city’s rich black history, the effects of deindustrialization and the ways that the city became a laboratory for urban regeneration from the 1980s. He is also working on an article about the making of the “creative economy” at the end of the twentieth-century, and how culture and art-making became a go-to solution for mitigating economic, environmental and social crises in Britain and the United States. This line of research builds on an article published by Sam about community arts in post-war Britain in History Workshop Journal. 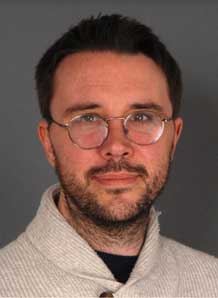