Visit Shaul Mitelpunkt's profile on the York Research Database to: 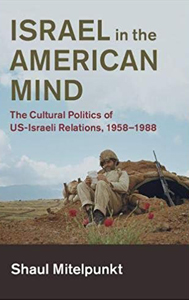 Shaul Mitelpunkt is a Senior Lecturer in Modern History, specialising in 20th century U.S. and Israeli history. Shaul's publications and teaching interests span a variety of fields including cultural, diplomatic, military, and political history in the U.S., transnational, and Israeli contexts.

Shaul's first book Israel in the American Mind: the Cultural Politics of U.S.-Israeli Relations, 1958-1988 (Cambridge University Press, 2018) examines the changing meanings Americans and Israelis invested in the relationship between their countries from the late 1950s to the 1980s. His work has also appeared in Diplomatic History, Gender & History, and the Journal for Modern Jewish Studies, among other outlets.

Shaul joined the department at York in 2015 having previously held a postdoctoral fellowship at Northwestern University. He is a member of the editorial board for the journal Modern American History, and co-chairs the Teaching Committee of the Society for Historians of American Foreign Relations. 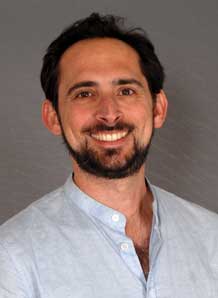 Shaul's research examines the seams between cultural and political history, and domestic and transnational history in the U.S. context. He is currently examining the changing attitudes towards military service as a civic duty in the U.S. and beyond. In particular, he is interested in the relationship between civilians and military operations carried out in their name but without their participation after the end of conscription.

Shaul's first monograph Israel in the American Mind: The Cultural Politics of US-Israeli Relations, 1958-1988 (Cambridge University Press, 2018) examines the intricate mechanisms that brought Israel to occupy such a central place in American imagination and policy. Relying on a broad array of American and Israeli sources from state and non-state archives the book places the relationship deep in the cultural, social, intellectual, and ideological landscapes of both societies. By revealing the role Israeli propaganda played in shaping American attitudes towards Israel and paying close attention to the dramatic changes in the meanings Americans and Israelis invested in the relationship between countries, the book reveals US-Israeli relations as a terrain of fantasy, manipulation, competition, and envy.

Shaul is currently working on his second book-length manuscript, temporarily titled 'Civilian Empire: The Problem of Military Service in American Life, 1940-2022', which is a cultural and intellectual history examines how Americans tried to rationalise their solutions to the plaguing problem of military service from the establishment of the Wold War II Selective Service System to the disconnect presently defining civil-military relations . In 1973 the Selective Service System was replaced by the All Volunteer Force which is still active today. This project asks how did influential Americans commentators initially convince themselves that the state should have a moral right to put men in uniform, before swiftly changing their minds to claim (from the late 1960s onwards) that the draft was illegitimate and amoral. This project reveals the central place the problem of military service occupied deep in the cultural and intellectual fabric of late 20th century American life. Shaul's research on this project is supported by a British Academy/Leverhulme Small Research Grant.

At the same time Shaul continues to examine a range of topics on the American-Israeli axis - from the historical limits of Israeli peace activism, through the politics of Israel's Americanisation, to the perceptions of Israeli emigration to the U.S. Shaul welcomes inquiries from potential PhD students with relevant interests.