Visit Catriona Kennedy's profile on the York Research Database to:

Catriona Kennedy is a senior lecturer in the history department and member of the Centre for Eighteenth Century Studies. She works on modern British and Irish history with particular interests in the cultural history of war, politics, gender and national identity. She is currently Treasurer for the British Association for Irish Studies.

Catriona Kennedy has recently completed a postdoctoral project on the Revolutionary and Napoleonic wars in Britain and Ireland . The resulting monograph analyses a wide range of personal testimonies by civilians and combatants to explore how the wars were experienced, perceived and narrated by contemporaries. This research is connected to the international Nations, Borders and Identities Project based in York and Berlin. Additional research interests include soldiers’ reading and the literary contexts of war narratives, as well as the representation and practice of soldiering in Georgian Britain and she has recently co-organized conferences on these themes with colleagues in the English department at York and at the University of Northampton.

Catriona’s doctoral research explored the relationship between gender, politics and Irish national identity during and after the revolutionary upheaval of the 1790s. She is currently revising her dissertation for publication as a monograph, provisionally titled Engendering Ireland: Women, Politics and Nation, 1789-1848. 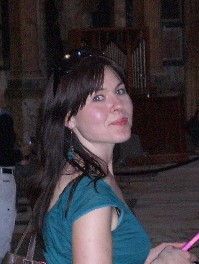