Visit Jeremy Goldberg's profile on the York Research Database to:

Jeremy Goldberg is a Reader in the Department of History and a member of the Medieval Urban Household Research Project. A native of Hull, he has been passionate about the Middle Ages since childhood. He joined the department in 1988 having previously been a research fellow at Clare College, Cambridge and before that a temporary lecturer at the University of Keele. His research focuses upon later medieval English social and cultural history; women’s and gender history.

Jeremy Goldberg has published extensively in the area of women's work, nuptiality, and the family in later medieval England, but his interests range widely within the fields of social and cultural history. Recent work includes articles variously on gender and space, children, guild drama and the social context of variously of a York Book of Hours. He is particularly committed to interdisciplinary approaches and is increasingly sensitive to the value of applying analytical tools derived from other disciplines to the reading of historical sources. He has recently completed a monograph study of a disputed marriage case from the court of York. Current work is focused on childhood and adolescence. Following this he hopes to write a book on medieval houses and the people who inhabit them and a jointly authored book on the York Corpus Christ drama. 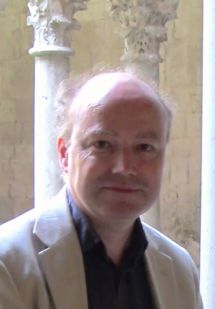