Visit James Sharpe's profile on the York Research Database to:

James Sharpe’s initial research was on the history of crime in seventeenth - century England, which resulted in the completion of a DPhil thesis which was subsequently published as Crime in seventeenth-century England: a County Study. He went on to broaden his researches into this field, completing a number of essays and articles, a general book on crime in early modern England, and a short survey of punishment in England from c.1550 to the 1980s. He is a member of the Committee of the International Association for the History of Crime and Criminal Justice, a research network based in Paris which helps keep scholars working in this field in contact with research on an international level. This interest in crime and law enforcement led James Sharpe to work on a wide variety of court records, and this led to the realisation that since these records were frequently the only source for examining the attitudes of the middling and lower sorts in the early modern periods they could be utilised to explore a range of social attitudes, notably those relating to personal reputation. More recently, Jim has been director of an ESRC funded project on violence in early modern England, and hopes to develop his interests in this aspect of past behaviour.

1996 saw the publication of James Sharpe’s Instruments of Darkness, a major work on the history of witchcraft in England over the period c.1550 - 1750. At the moment, witchcraft continues to be a subject of considerable interest to him, and he will be researching and publishing further into this field.

In 2004 James Sharpe published Dick Turpin: The Myth of English Highwaymen. He would welcome enquiries from potential research students who are interested in the history of crime and related matters, the reconstruction of human relations and mentalities from court records, and in the history of witchcraft in England, preferably in the period c.1500 - 1800.

The J.B. Morrell Library houses a good range of materials, both secondary and primary, for research into early modern English social and cultural history including Early English Books Online and the Eighteenth century Microfilm Collection, while the Morrell’s special collections, along with the holdings of York Minster Library, contain numerous printed works from the sixteenth, seventeenth and eighteenth century. The Borthwick Institute for Archives houses the important archives of the Archbishop of York, especially church court records, which have so far been little researched. Similarly, there is considerable potential for research into relevant areas of interest in the York City Archives. Wakefield, where the West Riding Quarter Sessions records are held, and Northallerton, home of the North Riding Quarter sessions records, are within easy commuting distance of York.

Plus over thirty scholarly articles and essays, including publications in The Historical Journal, Past and Present, and Social History. 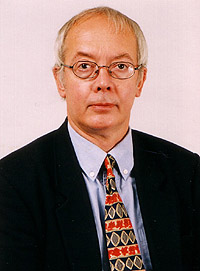