Visit Mark Ormrod's profile on the York Research Database to:

Professor Mark Ormrod passed away on 2 August 2020 after a long illness which had caused him to take early retirement from the University in 2017.

Mark was the author or co-author of at least nine books, fourteen edited collections and well over eighty book chapters and articles. These included the definitive 700-page biography of Edward III (Yale, 2011), an exceptionally complex project that had defeated several earlier scholars. His penultimate book, Women and Parliament in Later Medieval England, was published by Palgrave in July 2020 while his last book, Winner and Waster, was delivered to the publisher, Boydell and Brewer, just ten days before he died. He was also an editor of a further major collection of essays, Migrants in Medieval England, c. 500-c. 1500, published by the British Academy in August 2020.

During his long career at York, he supervised twenty-eight PhD theses and was the Principal Investigator on nineteen major externally-funded research projects that were worth over £4m and provided early career positions to many former students. These projects centred on creating public access online to the extensive but often obscure records of medieval government from The National Archives and the Borthwick Institute for Archives. A particularly well-received project, England’s Immigrants 1350-1550, identified some 66,000 immigrants living in 15th-century England. This last project led Mark into collaboration with the Historical Association and the Runnymede Trust, creating new teaching materials for schools, providing training for teachers and contributing to the content of a new national curriculum for schools in History that focussed on the long history of migration to Britain. One output of this work, 'Our Migration Story', to which his research contributed, won the Guardian award for Research Impact in 2019.

Mark was Director of the Centre for Medieval Studies from 1998 to 2001 and 2002 to 2003, and Head of the Department of History in 2001 and from 2003 to 2007. He also struck up a very close working relationship with the Borthwick Institute for Archives. He was a natural choice as the first Dean of the newly created Faculty of Arts and Humanities at York in 2009, a position that he held until his retirement in 2017. 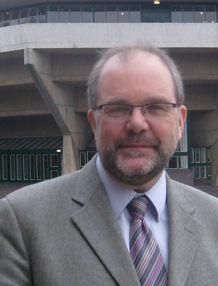