Visit Pete Biller's profile on the York Research Database to:

Pete Biller was formerly Professor of Medieval History, specialising in medieval thought, heresy and inquisition. He is a member of the board of Riforma e Movimenti Religiosi, and General Editor of York Medieval Press. He was elected Fellow of the British Academy in 2012.

Pete Biller's original research interest was in one of the two major high medieval heretical sects (Waldensianism) in German-speaking lands. He broadened this to the diaspora of Waldensians throughout Europe, and also to sect of the heretics known to historians as ‘Cathars’. Together with Anne Hudson he edited Heresy and Literacy, 1000-1530 (Cambridge, 1994). There has been special focus on the role of women, history and memory and the strength of ‘Cathars’ in northern Europe. Pre-occupation with the identity of sects triggered his ‘Goodbye to Waldensianism?’, Past and Present (2006), and ‘Goodbye to Catharism’, in Cathars in Question, ed. A. Sennis (2016). His most recent writings on heresy and its repression are ‘Moneta’s Confutation of Heresies and the Valdenses’, in Identità Valdesi tra passato e presente, ed.Susanna Peyronel Rambaldi (2016), and ‘Rolando of Cremona and the earliest inquisitions of Languedoc’, in Individuals and Institutions in Medieval Scholasticism, ed. Antonia Fitzpatrick and John Sabapathy (2020).

In collaboration with Dr Caterina Bruschi and Dr Shelagh Sneddon he worked on a project, funded by AHRB, for the critical edition of inquisition trials. The edition, 1088 pages long, was published in 2011 by Brill in Leiden as Inquisitors and Heretics in Thirteenth-Century Languedoc: Edition and Translation of Toulouse Inquisition Depositions, 1273-1282. Currently he is working in collaboration with Dr Lucy Sackville and Dr Shelagh Sneddon on another project, funded by AHRC, for the critical edition of earlier inquisition trials, which is to be published by Brill as The Genesis of Inquisition in Languedoc: Edition and Translation of the Earliest Inquisition Records, 1235-1244.

Pete Biller's research interests broadened out also towards medieval medicine and, increasingly, from the 1980s, towards academic thought - as evinced in commentaries on Aristotle, theology, canon law - as the locus for medieval thought on contemporary social themes such as marriage, trade, war, ‘races’ and so on. Academic thought about one such theme was the subject of his Measure of Multitude: Population in Medieval Thought (2000) and ‘The Multitude in Later Medieval Thought’, in Reproduction. Antiquity to the Present Day, ed. Nick Hopwood and others (2018).  Research on another theme led to a series of articles culminating in ‘Proto-racial Thought in Medieval Science’, in The Origins of Racism in the West, ed. Miriam Eliav-Feldon and others (2009). 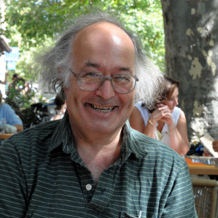