Visit Richard Bessel's profile on the York Research Database to:

Richard Bessel is Professor of Twentieth Century History. He works on the social and political history of modern Germany, the aftermath of the two world wars and the history of policing. He is a member of the Editorial Boards of German History and History Today.

He is currently a Senior Fellow at the Freiburg Institute for Advanced Studies.

Richard Bessel's early research concerned the rise of the Nazi movement in eastern Germany. He was particularly concerned to explore the nature and role of political violence in the Nazi takeover, and was among the first western scholars to use materials in Polish archives to investigate themes in modern German history.

Subsequently he turned his attention to the First World War and its aftermath, producing a major study of the demobilisation in Germany and the extent to which the legacy of the War affected politics and society during the Weimar Republic. He also became increasingly interested in the forces of 'order', first examining the police in Weimar Germany and more recently embarking on research on the police in East Germany after 1945.

His most recent book is about Germany in 1945, and more generally on the emergence of the German people from the violence and trauma of Nazism and war. As such, this forms part of a broader research interest on the social, cultural and psychological legacies of the violence of the Second World War across Europe. He is currently working on a 'brief history of violence.' 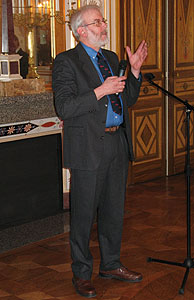