Visit Natasha Glaisyer's profile on the York Research Database to:

Natasha Glaisyer's research interests are in the social, cultural and economic history of seventeenth and eighteenth-century Britain. She is currently writing a book provisionally entitled Venturing Fortunes: A Cultural History of Lotteries in England, 1567-1826.

Her first book, The Culture of Commerce in England, 1660-1720, is published in the Royal Historical Society Studies in History Series, and explores the cultural dimensions of the financial and commercial revolutions of late seventeenth and early eighteenth-century England with chapters on sermons preached before merchants, the Royal Exchange, commercial newspapers and merchant advice literature.

She would welcome enquiries from prospective postgraduate students interested in the cultural, social and economic history of Britain in the seventeenth and eighteenth centuries.

The J. B. Morrell Library has a good range of primary and secondary sources for the study of seventeenth and eighteenth-century Britain including Early English Books Online and the Eighteenth Century Collections Online and the Burney Collection of Seventeenth and Eighteenth Century Newspapers. Particularly rich materials can be found in the collections of the York Minster Library, the Borthwick Institute for Archives and the City of York Archives. York is near to the British Library Lending Division at Boston Spa and branches of the West Yorkshire Archives Service. There are good links to libraries in Leeds, Manchester and elsewhere in the North. 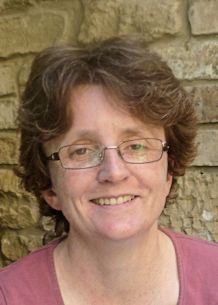 Please email for an appointment or to arrange an in-person meeting.