Dr Sabine Clarke, senior lecturer in modern history, has published the first account of Britain's plans for industrial development in its Caribbean colonies. 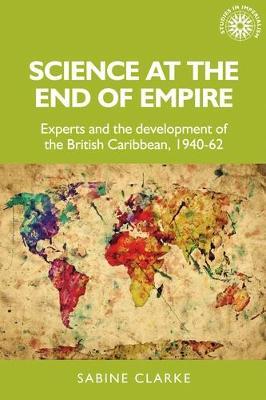 Dr Clarke's book, Science at the End of Empire shows that Britain's remedy to the poor economic conditions in the Caribbean gave a key role to laboratory research to re-invent sugarcane as the raw material for making fuels, plastics and drugs. The book explores the practical and also political functions of scientific research and economic advisors for Britain at a moment during which Caribbean governments operated with increasing autonomy and the US was intent on expanding its influence in the region.

Britain's preferred path to industrial development of the region was threatened by an alternative promoted through the American Section of the Caribbean Commission. The provision of knowledge and expertise became key routes by which Britain and America competed to shape the future of the region, and their place in it.

Science at the End of Empire is available from Manchester University Press.