A Gerda Henkel Stiftung research grant for 2018/19 has been awarded to medieval historian, Dr Mary Garrison. 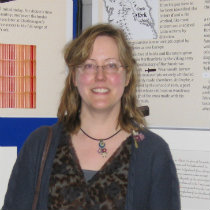 A medieval historian in the Department of History at the University of York, Dr Mary Garrison, has been awarded a Gerda Henkel Stiftung research grant for 2018-19.

The grant has been given to work on a project entitled, The Watershed: The European Significance of Alcuin of York. This project offers a major reinterpretation of Alcuin of York and the Carolingian Renaissance. Accounts of Alcuin’s influence have hitherto focussed on his contributions to individual areas of study. Alcuin’s most striking innovation, the introduction of the idea of non-scriptural learning as an intrinsic good, has been overlooked. By linking the first extended study of that theme to an investigation of the way Alcuin’s social network fostered the dissemination of his ideas, Dr Garrison will offer an integrated account; brief comparisons from the Latin West and the Islamic world contextualise Alcuin’s significance.

The Gerda Henkel Foundation focuses its support on the historical humanities, which include history, archaeology, the history of art and other disciplines with a historical element. Candidates can apply regardless of their nationality and place of work.

The Foundation has also increasingly addressed, Since 2008, issues of great relevance to contemporary life and the future, above all as part of its special “Islam, the Modern Nation State and Transnational Movements” and “Security, Society and the State” programmes.

Find out more about Gerda Henkel Stiftung.
Read all about History research at the University of York.