York PhD students Florence Mok and Xuduo Zhao have been awarded World Universities Network grants to study at the Chinese University Hong Kong (CUHK) for two months later this year. The funding will enable them to make use of archival material held in Hong Kong to strengthen their work, as well as discuss their research findings with other students and scholars with various disciplinary approaches.

Their applications were supported by staff in York and Hong Kong. It is hoped that the trip will strengthen academic connections between the two institutions for future collaborations. To sustain links Florence is co-organising, along with Dr David Clayton and two other PhD students, a symposium on Hong Kong identity changes in summer 2017. The event will be supported by the Humanities Research Centre.

Xuduo Zhao: Xuduo’s research deals with a group of early Cantonese Marxist intellectuals in 1920’s who later engaged in communist movement, regarding them as a lens, through which we are able to transcend the perspective of national level study of early communist revolution in China and attach more importance to transnational and local dimensions.

Florence Mok: Florence is exploring political culture and identity shifts in Hong Kong (1967-1984). As the first university in Hong Kong to adopt Chinese as the medium of instruction, CUHK played an important role in the language campaign and promoting the Chinese culture with many students core members of social/student movements. As well as finding new source material, Florence plans to interview activists and staff who were former CU students. 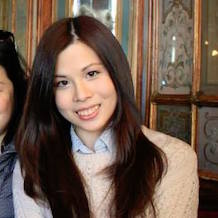