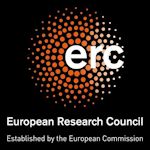 This ERC funded three year project (2015-18) worth 899,849 euros will be led by Dr Nitin Sinha of the Department of History as the principal investigator, with Nitin Varmam, a postdoctoral candidate based at Humboldt University, Berlin.

The ubiquity of domestic service and servants in contemporary South Asia has strangely received scarce historical attention. Although quantitative sources under-represent the number of domestic servants dramatically, it is clear that they were the third largest sector in Indian working population during the nineteenth century.

This project centrally situates servants at the intersection of households, labour and forms of relationships. Primarily within the household but also outside, everyday relationships between servants and masters were based upon labour and wage on the one hand and intimacy and affect on the other. The master’s dependence and the servant’s submission was not fixed and frozen in time but was performed in everyday encounters in various types of households. The aim is to understand the role of servants and service relationship in class and status formation.