Getting Along? Essays in Honour of Professor W. J. Sheils 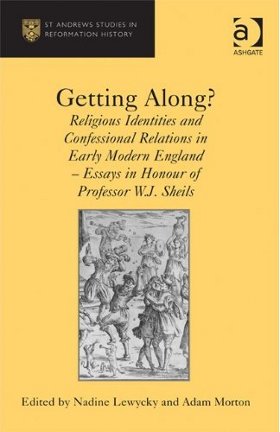 Examining the impact of the English and European Reformations on social interaction and community harmony, this volume simultaneously highlights the tension and the degree of accommodation among ordinary people when faced with religious and social upheaval. Building on previous literature which has characterized the progress of the Reformation as 'slow' and 'piecemeal', this volume furthers our understanding of the process of negotiation at the most fundamental social and political levels - in the family, the household and the parish.

The collection seeks to celebrate the career of Professor Bill Sheils, former Head of the Department of History at the University of York and Emeritus Professor of Early Modern History, for his ongoing contributions to historians' understanding of non-conformity (both Catholic and Protestant) in Reformation and Post-Reformation England.

Co-editor Adam Morton is a Teaching Fellow in History at the University of York and works principally on the visual culture of early modern England.