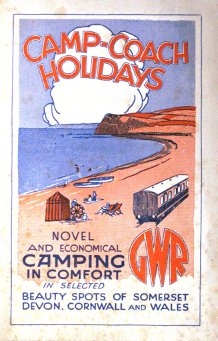 Congratulations to Alex Medcalf who has won the 2011 John Scholes Transport History Research Essay Prize for his article, 'Picturing the Railway Passenger as Customer in Britain: the Great Western Railway, 1903-1939'.

Alex is a doctoral student at the Institute of Railway Studies and Transport History. His research focuses on the commercial cultures of British railway companies in the first half of the twentieth century.

His article showed that marketing family holidays on the Great Western Railway in England in the 1920s and 1930s was more sophisticated than is commonly assumed. The company’s photographic images published in its Holiday Haunts annual suggests that not all rail publicity prior to the Great War treated passengers as a captive market. Railway marketing shifted and improved in response to road transport competition after the War.