The Baroque as Empirical Sensibility:
an International Workshop in the Social Life of Method

Informed by this last concern – the baroque as an empirical sensibility – this workshop will use empirical examples and case studies to explore what this might mean for practical research in the social sciences and the humanities. Thus though some participants will have written on the baroque, or used it as a trope in their own thinking, many will not have done so. To be explicit, this means we are not necessarily looking for expertise on the historical baroque, or indeed on the baroque as philosophical tendency. We are looking for empirically-informed thinking that reflects what we are calling a ‘baroque sensibility’.

To characterise the baroque as we have above is too definite, too representational. On the one hand, the baroque as an historical period was labelled as such long after the seventeenth century. And on the other hand, understood as a set of sensibilities the baroque precisely refuses the symbolic or the representational, the division between inside and outside, or, indeed, the idea of history as progressive or chronological in character. And therein lies the difficulty.

The predominant idioms for Western knowing assume: that there is a world; that knowers are located within that world which can be known and represented literally or descriptively (albeit no doubt pragmatically and within certain limits); that coherence can be discovered; that the sensuousness of the real both can and is properly to be distanced from the business of knowing; that knowing is about making explicit; that it is about centring and drawing things together; that knowledge itself can be separated from the knower and that it is an abstraction. Already, then, this kind of description of what the baroque is not removes us from any kind of baroque sensibility. It betrays it by adopting a mode that Chunglin Kwa has characterised as ‘romantic’ (Kwa: 2002; Law: 2002).

But if we nevertheless stick with this unsatisfactory description, then it is possible to argue that alongside this romanticism, the baroque has remained an important albeit subordinate sensibility within Western traditions: concern with allegory and indirection; juxtaposition without a desire for synthesis or holism; tolerance of ambiguity; sensitivity to the repressed; the sense that everything, all times, the entire world, can be found within the individual rather than outside; and/or the idea that there is no inside or outside; a preoccupation with fragments (without, however, the sense that these were fragments of a broken whole); a preoccupation with the sensuous materiality of the world; appreciation that knowing is located, that there is no centre; these are just some of the sensibilities of the baroque.

The subordinate sensibilities of the baroque inform various approaches in philosophy, the humanities and social sciences, and the natural sciences including: the monadology of Gottfried Wilhelm Leibniz (1973) and that of his non-compossible successor, Alfred North Whitehead (1978); various versions of art theory (Bal: 1991); some versions of complexity theory (Stengers: 1997), of ecology and meteorology; such critical figures as Walter Benjamin (1992) and (though very differently) Michel Foucault (1970) and Gilles Deleuze (1993); arguably it underpins the writing of Gabriel Tarde (2009), and informs so-called actor-network theory in some though not all of its versions (Latour: 1999). And again arguably with the increase in interest in Benjamin, Deleuze, Tarde, and actor-network theory and its relations, since 2000 we have been witnessing an increasing interest in and commitment to, the baroque as a family of sensibilities and methodologies within at least parts of social science and the humanities. Arguably (and perhaps this is most visible in actor-network theory) the subversive non-representational sensibilities of the baroque are also characteristically misunderstood and undermined in a continuous return to representation.

The Baroque as Empirical Sensibility

As noted above, the focus of this workshop is on the baroque as an empirical sensibility. Not the historical baroque. Not even the baroque treated as abstract philosophy. The questions to be tackled in the workshop would include, or relate to, the following:

In short, the question is: what might a range of baroque explanations look or sound or feel like?

The challenge we pose ourselves in this workshop is to explore these or other themes of the baroque, and (this is crucial) to do so in ways that are empirical. For one of the sensibilities of the baroque is that it isn’t possible to separate the theoretical into a separate realm. We are not, therefore, looking for exegeses of (the importance of) the work of (for instance) Tarde or Benjamin. There is excellent writing of this kind already (Candea: 2010). Though, to be sure, the notion of ‘the empirical’ is just as problematic, we’re none the less looking for case studies, for papers that show the baroque at work as it gets to know one feature or another of the world. And finally, we’re looking for contributions will both do the baroque and simultaneously reflect on what it might be to be baroque.

The workshop is by invitation, and will be held 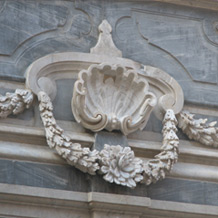