Smoking is strongly-associated with many increased pregnancy-specific risks, including miscarriage, stillbirth and low birth weight and maternal and infant health care costs are high. In the UK in 2010 26% of pregnant women smoked with highest rates seen amongst younger, socially disadvantaged women.

Self-help support (SHS) almost doubles odds of cessation in late pregnancy. However, those SHS programmes which have been shown to help pregnant smokers to quit were all developed before easily-accessible digital technologies became widely available. Text message SHS smoking cessation programmes are highly-acceptable but some of these programmes’ recommendations could be harmful in pregnancy and various SHS ‘apps’ aimed at encouraging pregnant smokers to quit exist have not been evaluated and may be ineffective.

Therefore, to efficiently determine whether or not MiQuit works for smoking cessation, this third RCT will tell whether or not MiQuit is efficacious for smoking cessation in pregnancy.   As MiQuit is fully-adapted for ‘self-initiation’ (e.g. on the web or after seeing a leaflet) with positive findings this cheap intervention could quickly be made available for pregnant smokers. 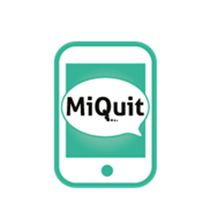