Visit David Raffaelli's profile on the York Research Database to:

David Raffaelli was appointed to a chair in Department of Environment and Geography in February 2001 and was Head of Department between 2004 and 2010. Dave is also Director of UKPopNet, a collaborative NERC Centre (co-funded by NE) focussed on science for sustainable landscapes and livelihoods and he has recently finished a 5-year period as Director of the NERC DIVERSITAS international, inter-disciplinary project office bioSUSTAINABILITY, concerned with developing the science of conservation and sustainable use of biodiversity, in particular exploring the science-policy interface. He has worked extensively on the relationships between biodiversity, and ecosystem services and functioning, funded mainly by NERC and Defra, is a member of the Global Biodiversity Sub-Committee of the GECC, and has served on several UKBRAG working groups. His work with NERC includes a board member of NERC Science and Innovation Strategy Board (SISB), Chair of NERC’s Services & Facilities Review Group. In recent years he has been a journal editor (Journal of Animal Ecology), council member and vice-president of the British Ecological Society.

David Raffaelli has broad interests in food web, community and ecosystem ecology, in marine, freshwater and terrestrial systems. These include marine food web dynamics; the relationships between catchment land-use, water quality and impacts on coastal receiving systems; the application of manipulative field experiments to large-scale conservation and management issues, biodiversity, ecosystem functioning and ecosystem services; the influence of species body-size in community dynamics; the issues of communication in environmental debate; inter-disciplinary approaches to environmental management. He enjoys collaborative, multidisciplinary projects, working extensively with other European colleagues and in North America, New Zealand and Australia.

Species losses have increased dramatically world-wide over the last 50 years, but the consequences of these losses for the functioning of ecological systems are poorly understood. To date, much of the research surrounding this issue has been terrestrial and plant-based, but marine benthic systems offer great opportunities for this research area. The marine benthic environment covers more than 70% of the Earth’s surface and is the site of important biogeochemical fluxes (N,P) between the sediment and overlying water column. Experimental manipulation of invertebrate species richness in controlled mesocosms and the field have indicated that the effects of biodiversity on these fluxes are idiosyncratic, depending greatly on the identity of the species as well as on the water flow regime, and that there is no clear relationship between function and richness per se. Recently, this work has been extended to explore the effects of heterogeneity and of ocean acidification on these relationships.

Ecosystem Health and the sustained delivery of ecosystem services

Healthy ecosystems are those which whose underlying natural and social capital allow them to continue to deliver the range of ecosystem services on which society depends. Our group has been involved in devising tools and techniques for assessing and monitoring the ecological, environmental and social dimensions of an ecosystem, so that stakeholders and practitioners are able to make informed choices between competing land management policies. Such tools will be central to the implementation of an Ecosystems Approach to environmental management (Defra, 2007: Securing a healthy natural environment: an action plan for embedding an ecosystems approach).

The long history of research on one particular estuary food web, the Ythan, Aberdeenshire Scotland, and its catchment has permitted a rigorous analysis of changes in ecological and environmental parameters relevant to eutrophication (nutrient enrichment). These include trends in catchment land-use, nutrients in river water, algal mats (Ulva), mudflat invertebrate populations and shorebirds. Analyses of these trends have allowed formulation of specific hypotheses concerning possible interactions between the different factors and these have been tested experimentally. The effects on water quality of changes in land-use and numbers of herbivorous wildfowl roosting on coastal lochs have also been evaluated for the Loch of Harray, Orkney and the Loch of Strathbeg, Aberdeenshire. The value of this work has recently been recognised within the context of the designation of Nitrogen Vulnerable Zones under the EC Nitrates Directive, and has become a test-bed for the implementation of management policy and its socio-economic consequences, as well as restoration and remediation techniques. The current focus on this system is the application of Discourse Analysis and related techniques from the social sciences to understand the dynamics of stakeholder dialogue in the NVZ debate and its eventual effects on policy formulation.

Over the last 15 years, Dave Raffaelli's research has focussed on the dynamics of food webs. This is a long-term project based mainly on coastal systems, particularly estuaries. The small scale of these systems offers opportunities for the formal description of web structure and for experimental manipulation of the component species, mainly shorebirds, fish and epibenthic crustaceans. This has allowed testing of current theory about food web patterns and the importance of predation in organising communities. 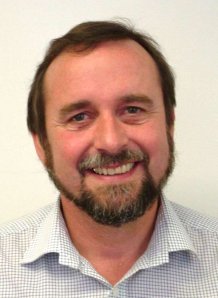