Daryl Stump holds a joint appointment with the Department of Archaeology and the Department of Environment and Geography reflecting his research interests in the use of archaeological techniques to assess the sustainability of human-environment interactions, with a particular focus on historic agricultural systems in eastern Africa.

From 2014-2018 he led the ERC-funded ‘Archaeology of Agricultural Resilience in Eastern Africa’ project (AAREA), which examined the long-term sustainability of the terraced agricultural systems at Engaruka, Tanzania, and Konso, Ethiopia, through a combination of archaeological, geoarchaeological, archaeobotanical and modelling techniques; a short film on which is available here.  During the AAREA project Daryl also led two Marie Skłodowska-Curie Individual Fellowships (tRRACES and MATRIX), both of which added further geochemical techniques and additional case-studies, but maintained this focus on how long-term data drawn from a variety of techniques can inform modern resource-use policies.

Daryl first joined York as a Marie-Curie Postdoctoral Research Fellow as part of another EU-funded project: ‘Historical Ecologies of East African Landscapes’ (HEEAL), which ran from 2007 to 2011.  Between the HEEAL and AAREA projects he returned to his first love of British contract field archaeology; a compulsion he has been both enjoying and enduring since 1992.  Daryl holds a degree in Social Anthropology and African Archaeology from SOAS (1999); an MA and PhD in African Archaeology from UCL (2001 and 2006); and a grudge against the rats that live beneath his shed.

He is always happy to discuss the design and funding of potential PhD or post-doctoral research projects on the themes of applied archaeology, the development of agricultural landscapes, the archaeology of eastern Africa, and long-term sustainability.

Daryl Stump has been a field archaeologist since 1992. He has a technical specialism in complex stratigraphic excavation, a geographic specialism in east Africa, and a long standing research interest in intensive agriculture, human modifications of the environment, and applied archaeology. Research interests focus on the development of agricultural landscapes, with a particular emphasis on sustainability and on the use of historical perceptions within development and conservation narratives. This interest in the contemporary uses of long-term data is reflected in publications in a range of discipline-specific and policy-oriented journals, and in work exploring how evidence is perceived and employed by practitioners outside of academia. His research has been funded by a range of agencies including the AHRC, British Academy, ERC, GCRF and the Wenner-Gren Foundation.

Funded by the Global Challenges Research Fund, and with partners from the University of Addis Ababa and the Royal Botanic Gardens, Kew, this project aims to assess the costs and benefits of building agricultural sediment traps as a form of soil erosion mitigation, employing the World Heritage Site of Konso in southwest Ethiopia as its case-study.

Environmental Change through Time (Department of Environment and Geography)

Theory and Practice (Department of Archaeology)

Projects and Research Grants (PI only)

Stump, D. ‘Water as an engine of anthropogenic landscape change: the construction of agricultural fields in east Africa from the 15th century AD.’  World Historical Ecology Network (WHEN) and The Integrated History and future of People on Earth (IHOPE) SYMPOSIUM, Uppsala University, 26th April 2017. Water and Society in the Past and Present: Perspectives from Archaeology and Historical Ecology.

Stump, D. ‘What food security issues do we miss if we do not include archaeological data?’ Food Security in Eastern Africa: Past, Present, Future.  Global History & Culture Centre, University of Warwick, 7th-8th July 2016.

Stump, D. The archaeology of traditional farming practices in east Africa. ‘Agrobiodiversity present and past: ecological and archaeological perspectives on traditional farming regimes in Morocco’, Hosted by the AGRICURB Project and the British Council, Chefchaouen, Morocco 24th-28th March 2015.

Daryl Stump and Rob Marchant, ‘What on earth does the past of Eastern Africa tell us about future sustainability?’  Public lecture, photographic exhibition and 3Sixty video presentation.  University of York, ‘Research in Focus’ series, 26th January 2017 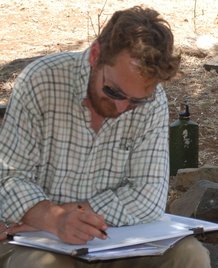