The Writing Team is comprised of lecturers in the English department with an interest in both critical and creative writing. These staff have worked to develop the undergraduate writing programme across the curriculum, help with postgraduate writing instruction, and plan special events and opportunities to develop your writing within the department. 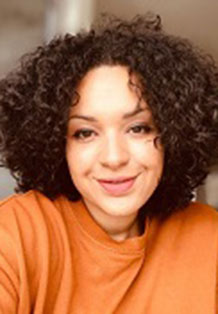 Janine is a Senior Lecturer in Literature and is currently working on poetry and creative non-fiction. Janine has a particular interest in supporting students with their academic writing and the relationship between critical and creative writing. In 2020 she was awarded a Poetry London mentoring prize (and was mentored by Rachel Long). Janine was also shortlisted for the Oxford Brookes International Poetry Competition 2020 (judged by Fiona Benson). She was a 2021 Jerwood-Compton Poetry Fellowship nominee and was a 2021 co-organiser of the Ledbury Poetry Critics Scheme (an AHRC-funded project that encourages diversity in poetry reviewing culture). She is a founding co-editor of BLACKLINES: The Journal of Black British Writing. Her poems appear or are forthcoming in BLACKLINES, Oxford Poetry, Magma, and an edited collection to be published by The Emma Press. In Summer 2022, she was longlisted for the Aurora Prize for Writing. She is working towards her first pamphlet collection. More information on Janine's work can be found via her website. 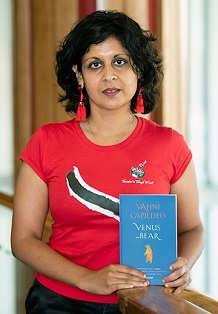 Vahni is the departments Writer-in-Residence. Born in Port of Spain, Trinidad, Vahni earned their DPhil in Old Norse literature and translation theory as a Rhodes Scholar at Christ Church, University of Oxford. They are one of the most exciting contemporary poets, and highly influential as a writer, commentator, and performer. Capildeo’s poems engage themes of geographic, intimate, and linguistic distances and proximities. Their books include No Traveller Returns (2003), Utter (2013), Measures of Expatriation (2016), which won the 2016 Forward Prize for Best Collection, Venus as a Bear (2018), Skin Can Hold (2019), and Odyssey Calling (2020), a pamphlet written partly during a stormy night on Lindisfarne. Vahni works closely with students and staff in English, contributing in dynamic and innovative ways across our syllabus and offering students unrivalled opportunities to develop their creative writing and expression beyond the formal curriculum. They host varied and important speakers as part of our ‘Writers at York’ series, and work with students to create striking poetry performances for a wide public.

Maya is a Lecturer in Literature and the Creative Industries. Her research focuses on contemporary world literature. She is also very interested in exploring the intersections between critical writing and creative practice. Her poetry has been published in journals including The Poetry Review and Ambit. She was longlisted in the National Poetry Competition in 2020, and for the Mslexia Women's Poetry Prize in 2018. She was Highly Commended for Best Single Poem in the Forward Prizes 2022, and anthologized in the Forward Book of Poetry 2023.  She is currently working on her first collection. Maya has also worked creatively in various curatorial, editorial and writing roles in arts and cultural institutions. She recently curated the online exhibition Forms, Voices, Networks: Feminism and the Media for the German Historical Institute, London, and has programmed numerous events, including an evening of poetry at the Migration Museum. She previously worked as Digital Editor at the Institute of Contemporary Arts (ICA) in London, and as freelance reader at literary magazines  including Wasafiri and Granta. Her interviews with writers and essays on arts and culture have appeared in publications including Another Gaze, Wasafiri and the Los Angeles Review of Books. More information can be found on her website. 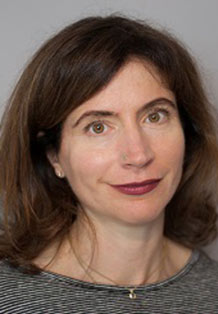 Claire is Professor of Global Literature, specializing in writing from South Asia and diaspora, British Muslim literature, and pandemic texts through the lens of race and (neo)colonialism. She writes narrative nonfiction and criticism for such outlets as Pakistan’s Dawn newspaper, the blog 3 Quarks Daily, and the magazine Aleph Review. Claire has (co)edited several short story/essay collections: A Match Made in Heaven, Desi Delicacies, Dastarkhwan, and Forgotten Foods: Memories and Recipes from Muslim South Asia (forthcoming). She has appeared on several BBC radio shows, including Radio 4’s Woman's Hour, to talk about her work. Claire has also produced several podcasts, including one for the LA Review of Books, and appeared at literature festivals from Bradford to Hyderabad. Her interview with Abdulrazak Gurnah was recommended reading on the Nobel Prize in Literature 2021 website. Claire has written for the Times Literary Supplement, Newsweek, the Conversation, and the Huffington Post, among other publications, and is a Fellow of the Royal Society of Arts. 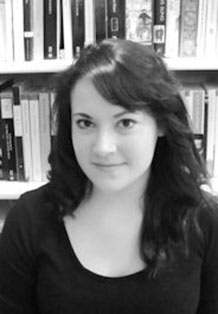 Sophie is a Lecturer in Eighteenth-Century and Romantic Literature. Her specialisms include naming and identity, women's writing, and reading practices in the period 1760-1820. Her debut novel Rites was published in 2012. Since then she has written two further novels, the first a historical fiction set in 1790s London and the second a contemporary novel about motherhood and monstrosity set in present-day York. She has also had several short stories published. Sophie has written and presented programmes for BBC Radio 3 about marital naming, children’s names, children's literature, and eighteenth-century culture. She’s also devised and appeared on a six-part podcast series for The New Statesman: 'The Great Forgetting: Women Writers Before Austen', and has written for BBC Arts, the Guardian, the Independent and the Huffington Post. 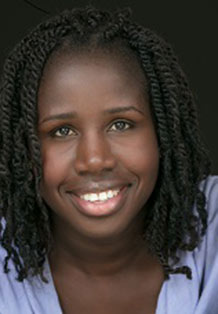 Juliana is a Lecturer in Creative Writing. Her novel won the inaugural NorthBound Book Award and will be published by Saraband in 2021. Her short stories have been published and are forthcoming in edited collections including The Book of Newcastle (Comma Press, 2020), New Narratives for the North East (New Writing North, 2020), and Test Signal (Dead Ink and Bloomsbury, 2021). Juliana has written for theatre with a focus on human rights narratives and the experiences of survivors. Her plays include A Restless Place (Pilot Theatre, 2015); From the Sky to Your Hands (Live Theatre, 2017); the short play, ‘Portraits’, as part of Women Warriors (Workie Ticket Theatre, 2019); and Faster than Bolt, a work-in-progress which was shared at Live Theatre in Newcastle as part of its Elevator Festival in 2020. Her practice-led research spans prose, theatre, and participatory arts and is frequently engaged with issues of human rights and social justice. She is currently a co-investigator on the British Academy funded project, Verandah of Protection, led by Martin Jones and Dr Alice Nah at the Centre for Applied Human Rights. Juliana has a particular interest in literary activism, and she teaches on modules on contemporary literature, global literature, creative writing, and creative industries.

Phoebe Power is the 2022-2023 Royal Literary Fund Fellow. Phoebe is a poet from Cumbria. She is the author of Shrines of Upper Austria (Carcanet, 2018), which received the Forward prize for best first collection and was shortlisted for the T.S. Eliot prize. Further publications include the pamphlets Harp Duet (2016) and Sea Change (Guillemot, 2021). Book of Days, Phoebe’s long poem in response to the Camino de Santiago pilgrimage, was published in 2022 by Carcanet Press.

Phoebe’s commissioned work includes projects with Newcastle Centre for the Literary Arts and the National Trust relating to place, community and climate change, with her work on the Durham coast featured on BBC Radio 4’s Open Country. She enjoys collaborating with other artists, for instance on Christl (2017-22), a multimedia installation telling the story of an Austrian woman war migrant. Phoebe’s work is driven by on-site and outdoor writing practices, formal experimentation on the threshold between poetry and prose and an abiding interest in faith and spirituality. She has performed her work at venues including Ledbury Poetry Festival and Schamrock’s Festival of Women Poets in Munich, and in 2021 was a writer-in-residence at the Jan Michalski Foundation in Switzerland.

As a tutor of creative writing, Phoebe has worked for The Poetry School, the University of York’s Centre for Lifelong Learning and the University of York St. John. Having originally trained to teach English as a second language, she has a broad range of experience in educational settings, both in the UK and abroad. Phoebe has been based in York since 2016. 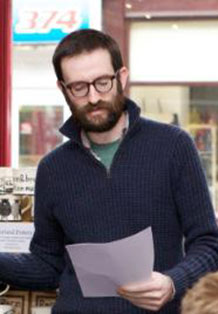 JT is a Senior Lecturer in English Literature and the Creative Industries. His research focuses on modern and contemporary poetry, publishing, and the wider creative industries. His poetry books include Orchids (Salt, 2010), The Ruin (Annexe, 2015), Hell Creek Anthology (Sidekick, 2015), and various projects as co-director of the department's letterpress print studio, Thin Ice Press. He is also the co-editor of the anthology, Wretched Strangers: Borders Movement Homes (Boiler House, 2018) and the author of The Selling and Self-Regulation of Contemporary Poetry (Anthem, 2020). JT convenes a number of writing and publishing modules, including the Business of Books and Writing in the Marketplace. As director of the Centre for Modern Studies, he also convenes the MA in Culture and Thought After 1945.