Visit Sophie Coulombeau's profile on the York Research Database to:

Sophie took her PhD at York, where her thesis focused on the relationship between naming and identity in late eighteenth-century literature and culture. She then spent five years as a Lecturer in Eighteenth-Century and Romantic Literature at Cardiff University, where she taught a range of critical and creative modules. She has published articles addressing the writings of Frances Burney, Elizabeth Montagu, William Godwin and Jeremy Bentham, and has edited a collection of essays about the Burney family. In 2019, along with colleagues from Manchester University, she was awarded a large AHRC grant for the three-year project 'Unlocking the Mary Hamilton Papers', based at the John Rylands Library. As a Lecturer at York, most of her time is spent on this project, but she also contributes towards doctoral supervision and certain team-taught modules.

She is Co-Investigator on the AHRC-funded project 'Unlocking the Mary Hamilton Papers', based at the John Rylands Library. She manage the Reading Practices strand of the project, which aims to investigate how the Mary Hamilton archive might alter scholarly understanding of eighteenth and nineteenth century patterns of textual circulation, reception and response.

Other ongoing research projects include: a monograph entitled Romantic Onomastics: Naming and Identity in British Literature 1770-1800, an article called 'To Give Birth to Valuable Productions: John Trusler's Literary Society', and an essay entitled 'Evelina is in Aberdeen! Charles Burney Jr's Scottish Tour'.

Creative
In 2012 Sophie published her debut novel Rites. Since then she has written two further novels, the first a historical fiction set in 1790s London and the second a contemporary novel about motherhood and monstrosity set in present-day York. She has also had several short stories published.

Public Engagement
Sophie has written and presented programmes for BBC Radio 3 about marital naming, children’s names, children's literature, and eighteenth-century culture. She’s also devised and appeared on a six-part podcast series for The New Statesman: 'The Great Forgetting: Women Writers Before Austen', and has written for BBC Arts, the Guardian, the Independent and the Huffington Post.

Sophie contributes towards doctoral supervision and certain team-taught modules such as the MA module 'Wollstonecraft to Austen: Femininity and Literary Culture'. Her working days are Tuesday and Wednesday. 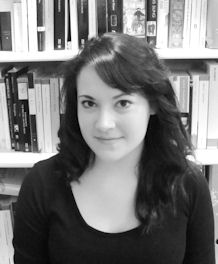