Visit Nicola McDonald's profile on the York Research Database to:

Educated at the Universities of Toronto (BA, MA) and Oxford (MPhil, DPhil), Nicola McDonald came to York from a lectureship at St John's College, Oxford. Her current research focuses on a number of different projects:

Nicola McDonald's other research interests include Gower, Chaucer, manuscript illumination, space in text and image, the practice of fiction, crossing boundaries (of chronology, discipline, genre), and the obscene. She co-organizes the international Medieval Romance Society and, at York, she organizes the Romance Research Group and is a lead member of the interdisciplinary Household Research Group.

She has recently edited the online Database of Middle English Romance: www.middleenglishromance.org.uk

Nicola McDonald has supervised PhD dissertations on a range of single and interdisciplinary topics, including:

She is currently supervising the following projects:

She welcomes PhD proposals on most aspects of medieval English romance, whether single discipline or interdisciplinary (at the intersections of literature with history, art history or archaeology). In addition, she is interested in supervising topics on women and gender, Gower, late medieval vernacular culture and more generally topics that seek to break period and discipline boundaries. 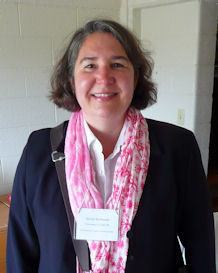