Visit Helen Smith's profile on the York Research Database to:

Helen’s book, Grossly Material Things, and edited collection, Renaissance Paratexts, have shaped debates about the presence of women as actors and agents in the literary marketplace, and the effects of books on early modern readers. The Oxford Handbook of the Bible in Early Modern England is the first comprehensive study of the English Bible across the two centuries following the Reformation, while Conversions: Gender and Religious Change in Early Modern Europe breaks new ground in considering the intimate connections between religious identity and the sexed self across and beyond a distinctly multicultural Europe.

Thanks to Thin Ice Press, Helen’s research has a distinctive practice-led element, which includes research into the history and operations of a unique surviving wooden common press, and a range of innovative letterpress printing projects and collaborations.

Helen’s current projects include an ambitious account of early modern materiality, which traces the liveliness of matter and makes the case for literature as a means of engaging with and assaying the world around us. She is also at work on a project which considers the book as an object of attention in the Renaissance: recovering its sensuous, aesthetic, and conceptual appeal to artists, natural philosophers, and poets, as well as to printers and readers.

At Thin Ice Press, Helen is working on a chapbook titled Errors of the Common Press Common Errors of the Press, which combines historical and contemporary mistakes to investigate the aesthetic of error and the delights of getting things wrong.

Helen is delighted to work with an outstanding group of doctoral candidates. She has supervised doctoral theses on:

Helen is happy to receive proposals for doctoral research in any area of Renaissance literature and culture, particularly on questions of materiality and the history of science and philosophy; book history and material texts; and women as authors, workers, and cultural agents.

Helen teaches across the Renaissance and early modern period at both undergraduate and MA level, and lectures on everything from interdisciplinarity to animal studies. She pioneered our innovative English-History bridge module, ‘Texts and Histories’, and has received a Vice-Chancellor’s Teaching Award in recognition of her dedication to teaching and learning.

At MA level, Helen offers a groundbreaking course on 'Objects and the Early Modern', and contributes to the core courses for the MA in Renaissance Literature and the MA in Medical History and Humanities. She is available to supervise MA dissertations on a wide range of topics. 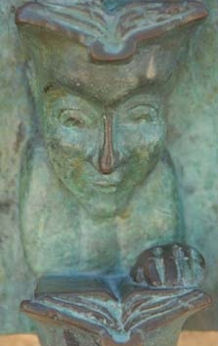