Visit Alice Hall's profile on the York Research Database to:

Alice Hall is a Lecturer in Contemporary and Global Literature.

Alice completed a BA, MPhil and PhD in English at the University of Cambridge. She held a postdoctoral research fellowship at Nottingham University’s interdisciplinary Centre for Advanced Studies. Before coming to York she taught at Université Paris VII: Denis Diderot, Université Paris III: Sorbonne Nouvelle, and Cambridge.

Alice’s research interests are in literature and the body, feminism, disability theory, and medical humanities. She is particularly interested in twentieth and twenty-first century British and American literature and contemporary women’s writing.

In 2013, Alice was one of ten academics chosen as ‘New Generation Thinkers’ by the Arts and Humanities Research Council and the BBC. With Professor Sanjoy Bhattacharya, she set up a new MA in Medical History and Humanities, which launched in 2016. She currently holds a Springboard Fellowship funded by the Academy of Medical Sciences and the Wellcome Trust (2018-2021). Alice is the editor of the Representations: Health, Disability, Culture and Society series published by Liverpool University Press and a member of the Northern Network for Medical Humanities (http://nnmh.org.uk/) steering group.

Alice convenes the advanced option module, ‘The Body in Modern American Fiction and Culture’. She also lectures and teaches on the Key Concepts, Bodies and Minds, Fictions of Human Rights modules.

With Professor Sanjoy Bhattacharya (History, York), Alice set up a new Medical History and Humanities (MA), which launched in Autumn 2016. She acts as convenor for this MA and teaches the ‘Contemporary Women’s Writing: Gender, Body, Health’ option module.

Alice is a founding member of the Northern Network for Medical Humanities and currently serves on the network’s steering group.

She has taken part in public engagement events at Cardiff Book Talk and the BBC Free Thinking Festival at the Sage in Gateshead.  As one of ten New Generation Thinkers selected by the AHRC and BBC in 2013, Alice has made broadcasts about her research for BBC Radio 3’s ‘Night Waves’ and ‘The Essay’, and for BBC Arts television.

She is part of a multidisciplinary group of researchers from the University of York who put together the ‘3Sixty: Jane’s Story’ installation on adolescent health and a project on Poetry and Illness that was included in York’s Festival of Ideas. 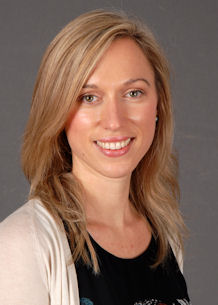