and talk from the co-adaptor of, and Shakespeare advisor to, the forthcoming release of a new Macbeth feature film

Shakespearean and film scholar Judith Buchanan (University of York) co-scripted, and acted as Shakespeare advisor to, the forthcoming feature film release of Macbeth. The film, directed by Kit Monkman, stars Scottish actor Mark Rowley as Macbeth and Nigerian-British actor Akiya Henry as Lady Macbeth. It is an experiment in form as well as a trenchant engagement with the play, and is quasi-theatrical in much of its organisation of space, and in its investment in the meaning of space.

See film trailer, a short picture brochure, and other details about the film, including all cast and crew credits, via the film’s own website and on imdb; also read school teacher and school pupil responses.

Macbeth gets an initial release onto c.200 screens across the UK on Tuesday 13 March 2018.

Get an exclusive preview of the forthcoming release in discussion with Judith Buchanan in this class laid on for English Department students. The first half of this extra-curricular workshop will be about the Shakespeare play, the second half about the film.

Bring a copy of Macbeth with you if possible.  No need to book: just turn up.

Reviews of the film:
‘brilliant and exhilarating… the most innovative rethinking of what it means to put Shakespeare on film for decades… visually thrilling’ - Peter Holland;
‘a fluid, Escher-like world that responds to the nuanced performances at its heart’ - Peter Kirwan;
‘a forceful reimagining of Shakespeare’s most famous tragedy….a beautiful moving work of art’ - Ramona Wray and Alison Findlay.

And then go and see the film!

Tickets for the 6.00pm screening at York City Screen on 13 March.

Tickets for the 7.00pm screening at York Vue on 13 March. 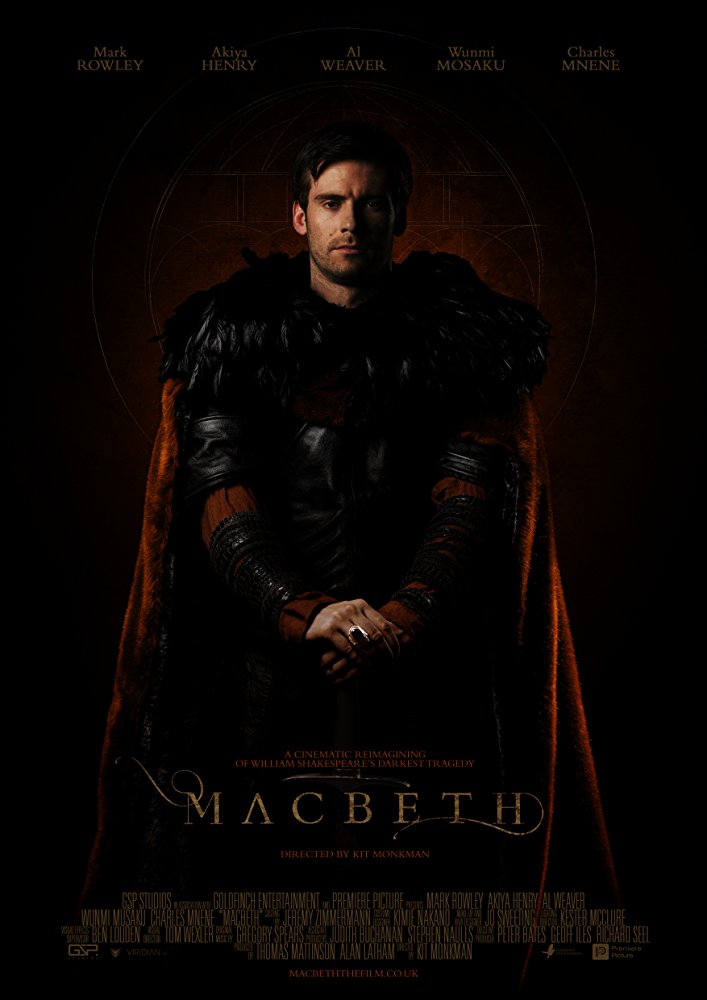