Research on the treadmill illusion has been re-published in Popular Science Magazine. 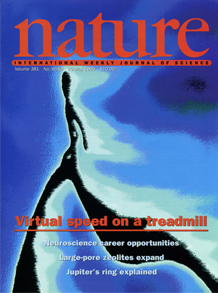 That strange feeling you sometimes get after stepping off a treadmill has been featured in Popular Science Magazine.

Originally reported in Nature 23 years ago by Dr Adar Pelah and Horace Barlow, the illusion is one of walking faster than you feel your legs are carrying you, a bit like the sensation of walking on an airport travelator. The multi-modal illusion results from the neural re-calibration that takes place as the brain gradually adjusts back to normal from the unusual form of locomotion on a treadmill in which there is no visual advancement through space.

This discovery of the adaptive nature of locomotion has influenced research in neuroscience, virtual reality and medical applications in conditions affecting mobility, such as stroke, osteoarthritis and chronic pain.