Steven Johnson, Lisa Miller and Callum Silver of the Bio-inspired technologies group in the Department of Electronic Engineering have published their recent collaborative work in the American Chemical Society (ACS): Applied Materials and Interfaces. 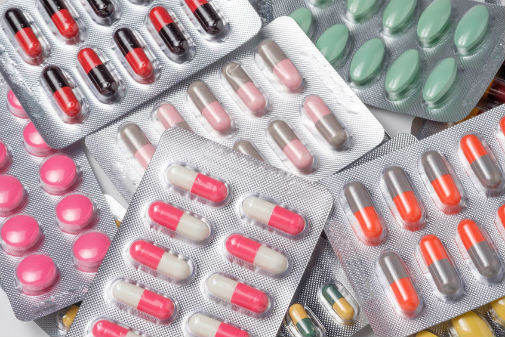 The work brought together researchers from across the University of York , including those from the Departments of Chemistry, Biology and Physics. Their article, entitled ‘Surface-Bound Antibiotic for the Detection of β-Lactamases’, discusses their work using modified antibiotic molecules to detect markers of antibiotic resistance.

Antibiotic resistant infections are a global challenge accelerated by the inappropriate use of antibiotics, partly caused by the lack of rapid diagnostic techniques. If we continue to use antibiotics in the way we currently do so, we could be in a situation where we can no longer use antibiotics to treat patients, leading to millions of deaths per year.

The group sought to use this breakdown of the antibiotic to their advantage. By modifying one of these beta-lactam antibiotic molecules, they were able to attach the drug to the surface of a sensor, allowing the breakdown of these drugs, and thus detect presence of these resistance enzymes, to be detected directly. They have used a variety of techniques to show that the drug is still able to be accessed by the enzymes, meaning this modified antibiotic could be applied to a variety of different biosensing devices for use at the point-of-care.

Beta-lactam antibiotics are often not prescribed, due to the high levels of resistance. However, if clinicians could rapidly determine whether an infection was treatable with these first-line drugs, then many second- and third-line antibiotics can be saved for those patients who need them most.

The work discussed in their article is part of a much larger interdisciplinary project, funded by the EPSRC, which looks to develop point-of-care devices for detecting markers of antibiotic resistance in hopes to reduce the number of inappropriate antibiotics being prescribed.