We are very sad to announce the untimely death of our colleague and friend Dr Alan Krause. 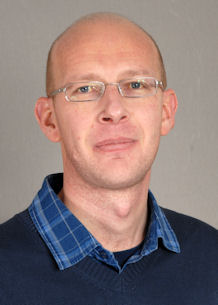 Alan joined the Economics Department at York in 2005, his first academic post following the completion of his PhD at University of California, Riverside. In 2010 he was promoted to a Senior Lectureship.

Born and brought up in Australia, Alan obtained his first degree (BCom) from Deakin University, Melbourne. He then spent four years as an analyst at the Reserve Bank of Australia, before moving to Riverside to study for his MA and subsequently PhD.

Alan’s field was microeconomic theory, and in particular public finance. He published regularly in leading academic journals, largely in the area of optimal tax theory, which addresses the issues of equity and efficiency in taxation, and on which he became an internationally recognised authority. Alan’s research can be viewed here on the York Research Database.

As a teacher, Alan was highly regarded by both colleagues and students. He was a cornerstone of the teaching of microeconomics and public finance in our undergraduate and postgraduate degree programmes. In his approach to teaching methods and technologies he was an unashamed traditionalist, while generous with his time, guidance and support to those students who sought it. Several times he won the Department’s annual teaching prize, awarded by student nomination, and in 2018 was a recipient of the Vice-Chancellor’s Teaching Award.

Since 2011 Alan had been an editor of the Bulletin of Economic Research, an international journal covering all fields of economics, with its roots in Yorkshire. Its managing editor writes appreciatively of “his massive contributions to the Bulletin, his great work ethic, incredible efficiency and of course his great sense of humour”. These are qualities all of Alan’s colleagues here would recognise, as they would this portrait from one of Alan’s professors at Riverside: “Alan is a first-rate colleague. He has the characteristic Aussie personality: disarmingly straightforward and without pretence, with the spark of a lively sense of humour.”

Those colleagues who became close to Alan knew him as a generous, loyal and valued friend. One of them, who arrived here also as a young lecturer in 2005, fondly recalls that “we were closer to the PhD students, and tended to spend more time with them, than to the fellow academics when we arrived. Alan fresh from the States, we set up a weekly basketball appointment with a rag tag group which eventually ended when Alan had his arm broken. We were not good at basketball, my only play was ‘pass the ball to Alan as he is the tallest guy’. So basketball did not go well for us, and we switched to jogging.”

All of us, however, will remember Alan as a much-respected colleague who made a substantial contribution to the life and work of the Department. He will be greatly missed by us all.

Our thoughts and sympathies are with Alan’s parents Jan and Ken, his brother and sister-in-law Colin and Christine, and their son James.

Should you wish to contact us about Alan, we would be very glad to hear from you. Please email Prof Jo Swaffield, Head of Department, at econ-hod@york.ac.uk.