Sacha Romanovitch and Dame Vivian Hunt are among eight leading figures from the world of business, performing arts, politics and journalism to receive honorary degrees from the University of York this weekend (19 and 20 January 2018).

‌Sacha Romanovitch is the UK Chief Executive Officer of Grant Thornton and the first woman to lead a major City accountancy firm.

Sacha represents a positive role model for students from all backgrounds and facing all kinds of structural disadvantage, showing that it is possible to be not only accomplished but genuinely ground-breaking in business, all the while acting in an ethically responsible way. 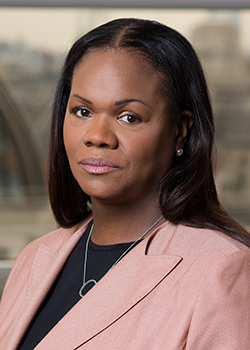 ‌‌Currently managing Partner for McKinsey & Company’s United Kingdom and Ireland offices, Dame Vivian Hunt previously led the firm’s Pharmaceutical  & Medical Products practice in EMEA, and continues to advise leading British firms in the private, public and third sectors. She serves on the firm’s global Board of Directors and Values Committee.‌