It is with great sadness that we have heard the news that Emeritus Professor John Lindsay Smith passed away peacefully following surgery in Castle Hill Hospital on 3 August 2019.

John was recruited to York by Dick Norman in 1965 following his D Phil at Oxford and fresh from a post-doctoral appointment at Berkeley with Melvin Calvin, a Nobel Prize winner. He was one of a select group of young academics who welcomed the first intake of undergraduates into the Chemistry Department at York and he served as the first Director of Studies for Chemistry students in Derwent College. He was to remain on the staff at York until his retirement in 2005. John would have considered himself an organic chemist though he was a polymath with interests ranging from synthetic chemistry, through photodegradation to catalytic activation. He collaborated with a wide range of companies in the chemical industry as well as teaching on British Council courses overseas. John was 'Fabric/Buildings Office' with the responsibility for allocation of office and laboratory space in Chemistry and was a member of many different departmental and University committees.

I continue to take an active interest in collaborative research with colleagues in the Chemistry Department and abroad. Current projects include: 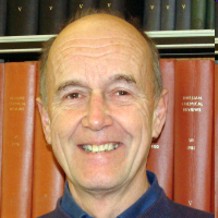