(i) Structural endocrinology of Insulin and IGF-I/II systems.

My main efforts are focused on development of an interdisciplinary and international programme, funded by the Medical Research Council, that aims to understand the molecular bases of insulin function and its inter-relationship to IGF-I/II hormones. Human insulin and Insulin-like Growth Factors-I and II (IGF-I/II) are closely related protein hormones. Their separate evolution has resulted in their acquiring separate biological functions, with insulin becoming a key metabolism controller, while IGF-I/II are major growth factors. When released in the blood the monomers of these hormones bind, tightly and specifically, to their receptors, (Insulin Receptor (IR) and IGF-1R respectively); these are large complex protein molecules on the cell surface. The binding process, through which the hormone activity is expressed, involves structural changes in both the hormone and receptors.  Insulin and IGFs cross-bindings with their receptors (and IR/IGF-1R hetero-receptors) imply insulin not only in metabolic regulation but also in cell proliferation and growth. As IGF-I/II are also cancer-specific growth factors the identification of pure 'metabolic' and 'cell growth' structural signatures of insulin and IGF-I/II has a fundamental importance not only for the understanding of the biology of these hormones, but also for new, effective treatments of diabetes and cancer. Despite their fundamental and medical importance (diabetes, development, cancer, aging) their active conformations in the hormone:receptor complex are not known.

Therefore one of the first key steps here is the 3-D description of insulin:Insulin Receptor complex (and, subsequently IGF-I/II:IGF-1R complex as well). Here we developed novel high-affinity insulins for IR studies, which also showed conserved structural features occurring likely in the active form of the hormone (PNAS, 2010, 107, 1966-1970). These insulins contributed recently to the first description of insulin:IR complex shedding light on initial engagement of this hormone with its receptor (Nature, 2013, 493, 241-245).

Figure 1 (a) Hexamer/storage form of insulin: B-chains (coral), A-chains (white), Zn (blue); (b) structure of insulin monomer derived from the hexamer, with the key IR-binding side chains that are not fully accessible prior to IR-binding marked in red: (c) superposition of insulin monomer (all chains in white) with several super-active insulin analogues designed and made in this work (different colours); they posses B26 turn, which fully exposes IR-binding side chains (omitted here for the clarity of the figure).‌

This programme has a two-tier approach combining fundamental and applied research. In the very long term we consider that this research will be relevant to experimental and even clinical intervention of both metabolic and mitogenic (cancer-related) pathways. We currently focus on: (i) alternative routes of effective expressions of IR and IGF-1R, (ii) design and synthesis of novel insulin, IGFs and insulin-IGFs hybrids analogues to decipher the metabolic and mitogenic signatures of these hormones, (iii) further structural characterisation of insulin:IR complexes. This programme involves collaboration with Dr J Jiracek (Institute of Organic Chemistry and Biochemistry, Czech Academy of Sciences, Prague), Professor R O’Connor (Dept. of Biochemistry, University College Cork), and Professor M Lawrence (Walter and Eliza Hall Institute of Medical Research, Melbourne).

(a) This work concerns structural and functional characterisation of some parasite and bacterial proteins important for clinical applications. It originates from collaboration with Professors D Smith (Dept. of Biology) and AJ Wilkinson. Visceral leishmanisis caused to the parasite Leishmania  donovani is a debilitating and often fatal disease in developing countries and new treatments are urgently needed. HASPB is a protein to which a saturated C14 fatty acid is covalently attached by an enzyme called N-myristoyl transferase (NMT) (Fig.2). Fatty acid acylation is a prerequisite for localisation of HASPB to the parasite cell surface. HASPB is a promising vaccine candidate while NMT is a validated drug target in leishmaniasis and programmes in both these areas are underway in York (J. Medicinal Chem., 2012, 55, 8879-8890). Here we carry out structural and biophysical studies of HASPB and its interactions with NMT that underpin the work directed at preventing and curing this disease.

(b) We are also keen to facilitate clinical progress on Chlamydia trachomatis (CT) related diseases. CT is a Gram-negative obligate intracellular pathogen of humans that causes ocular and sexually transmitted infections. It is the leading cause of preventable blindness worldwide (an estimated 300-500 million cases of trachoma/year), and is also the most prevalent sexually transmitted bacterial disease in the world (90 million new cases/year). We focus here on the structural and functional characterisation of proteins that are promising candidates for the development of novel clinical therapeutics. This research is conducted in collaboration with the Centre for Immunology and Infection (Dept. of Biology) with Professors C Lacey and P Kaye. 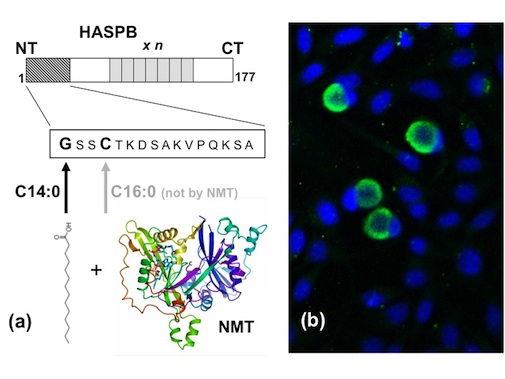 I have a long-standing interest in the facilitation of new techniques and approaches for macromolecule crystallisations. The Clear Strategy and PGA Screens we have designed (J Appl Cryst., 2001, 34, 97-101, Acta Cryst D.,  Acta Cryst., 2008, D64, 957-963) are used world wide, though they have been presented only as some of the many alternative approaches. We developed also of new crystallisation micro-plate (in collaboration with TTP Labtech, Cambridge, UK) (Acta Cryst., 2007, D63, 1009-1015) that allows a hundred fold reduction in use of chemicals, also cutting the crystallisation time from days to hrs. 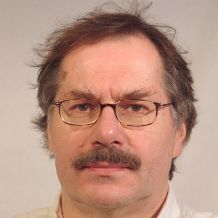