Research by chemists at the University of York has revealed important new information about the dynamics of bacterial gels which could ultimately suggest new ways of helping prevent or better control diseases such as cystic fibrosis. 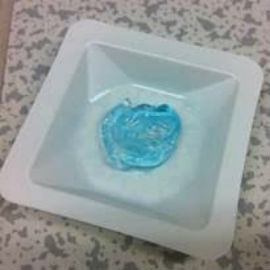 The research in the Department of Chemistry at York demonstrated that alginate gels, which can be produced as biofilms by bacteria such as pseudomonas aeruginosa, are more dynamic than previously thought. The research, which is published in Soft Matter, was funded by the Royal Society.

Understanding the dynamics of alginate gels may ultimately suggest new ways of helping prevent or better control such bacterial infections, which can be particularly critical in the lungs of cystic fibrosis patients.

The scientists used ‘spin-labelling’ methods to find that the alginate polymers actually had high levels of mobility and could readily exchange with one another.

Dr Chechik said: “The unexpected, highly dynamic and exchangeable nature of the alginate polymers in these materials suggests ways in which such gels could, in the future, be modified or disrupted.”

Professor Smith added: “This fundamental research may allow the introduction of additional function to these dynamic soft materials, or even suggest new ways of helping disrupt alginate-producing bacterial infections such as pseudomonas aeruginosa.”