Two high-profile European-Commission-funded projects will bring four early career researchers to the Department of Chemistry, with York research groups collaborating with a wide range of institutions and industrial partners across Europe. 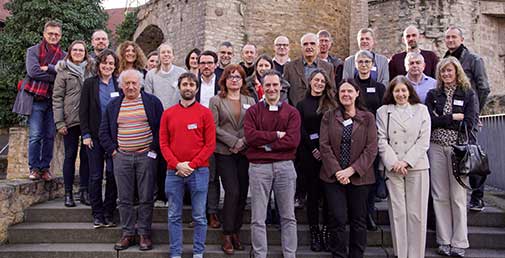 Dr John Slattery and Dr Jason Lynam attended the CCIMC Kick-Off meeting with other beneficiaries and industrial partners at the Frederich Schiller University of Jena, earlier this year.

The 4M-Euro project CCIMC (Coordination Chemistry Inspires Molecular Catalysis), coordinated by the Laboratoire de Chimie de Coordination (LCC) in Toulouse, is one of the two projects. It aims to push back the frontiers of knowledge in ligand design, coordination chemistry, precatalyst development, catalyst recovery and catalytic process implementation. It will see 15 PhD students engaged in a coordinated research and training programme across Europe, three of whom will spend half their degrees in the Department of Chemistry with Dr Jason Lynam, Dr John Slattery and Professor Simon Duckett.

CCIMC addresses the current lack of coordinated doctoral training at the European level on molecular catalysis and aims to enhance European competitiveness in numerous industrial processes. York is one of its nine academic beneficiaries from seven European countries, which will work on coordinated research projects, along with eight partners from the industrial sector.

CCIMC runs for four years, from March 2020 until February 2024. The network has recently completed the recruitment phase and aims to start the research/training programme in October 2020. 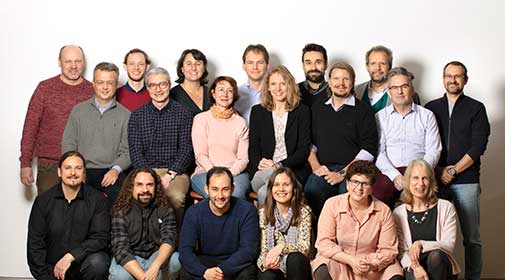 York is also a beneficiary of the PUSHH (Palaeoproteomics to Unleash Studies on Human History) Consortium, which has been set up to provide state-of-the-art doctoral training for 14 early-stage researchers, pursuing palaeoproteomics to advance knowledge about the biological and cultural evolution of humans. Currently, very few specialists have been trained to analyse ancient proteins, in contrast to the study of aDNA, which is an issue that PUSHH seeks to address.

The Department of Chemistry at York is one of 18 leading high-profile research units, institutions and enterprises, across Europe and worldwide, in the multidisciplinary PUSHH consortium.

Both CCIMC and PUSHH are Marie Curie network projects of the Horizon 2020 programme.